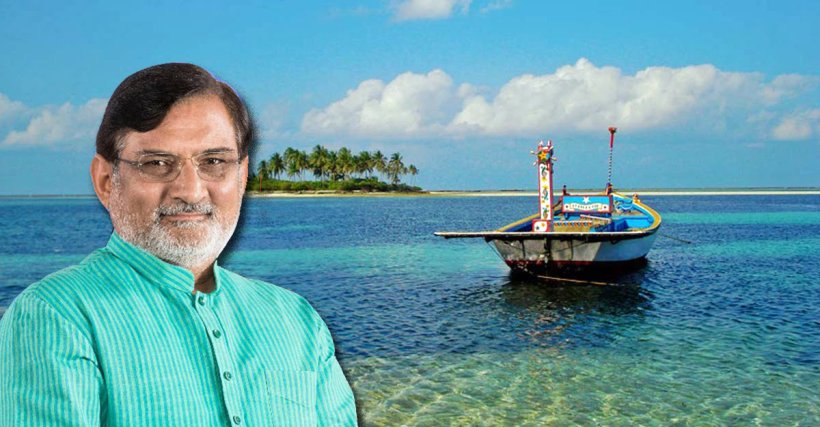 Absolute Desk: The past few days have been an upheaval for the residents of Lakshadweep. The peace- loving residents of the island has been campaigning desperately against the new reform being imposed on the island territory in the name of development. People are trending the hashtag #SaveLakshadweep on social media.

Following the trend some celebrities and political leaders from Kerala have spoken for the island and warned that the islands have fallen into the wrong hands of new administrator Praful Patel. This massive opposition led the collector of the island, S. Asker Ali, to barge in and take the defense front.

Speaking to the media, Ali stated that the changes happening on the island are for its wholesome development and alleged the campaign a result of “misleading propaganda”. He called the movement — a misinformation campaign.

The fact is that Lakshadweep has always been a place of traditional culture where the residents are known for maintaining significant environmental safeguards to protect their land. The Islanders are provided with special provisions for their land where liquor sales are not allowed, outsiders cannot buy land there, moreover, non-residents cannot visit the islands without special permission from the administration. But, after Praful Patel took charge as the Administrator of the island, he came out with drafts of several reforms such as the Lakshadweep Animal Preservation Regulation, Lakshadweep Development Authority Regulation, Lakshadweep Prevention of Anti-Social Activities Regulation and amendment to the Lakshadweep Panchayat Staff Rules.

According to the people’s representatives in the islands, Patel made no public consultations before the reform. They expressed their fear that the new administrator’s motive is to destroy traditional life and cultural diversity of the people of Lakshadweep.

It is said that after the death of former Administrator of Lakshadweep, Dineshwar Sharma, last year, Praful Khoda Patel, who has worked closely with Prime Minister Narendra Modi and Union Home Minister Amit Shah in the then Gujarat cabinet, took charge as the new Administrator. After this, began a slew of reforms that many residents are seeing as a push towards an draconian rule.

According to a report published by The Hindu, hundreds of the islands’ residents have written to the Administration opposing the Development Authority Regulation reform. This reform, which once in effect, would allow for “orderly and progressive development of land in both urban and rural areas and to preserve and improve the amenities thereof; for the grant of permission to develop land and for other powers of control over the use of land; to confer additional powers in respect of the acquisition and development of land for planning”. The regulation would also allow for building, engineering, mining, quarrying and other such operations on the ecologically rich and sensitive islands under its definition of “development”.