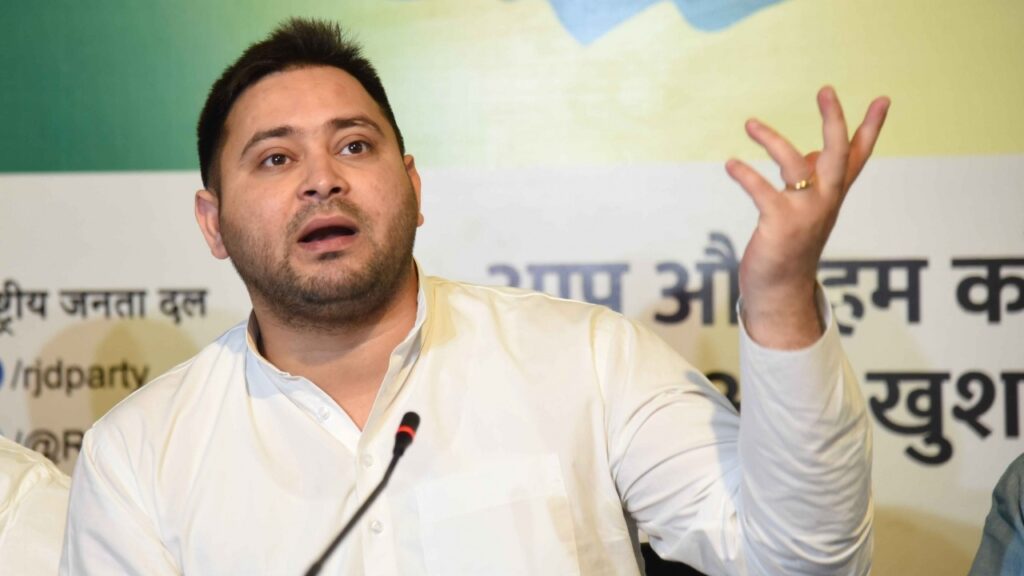 Patna : Bihar deputy chief minister Tejashwi Yadav played the emotional card during the campaign for the Kurhani by-poll on Wednesday and said that his father Lalu Prasad will ask him about the result, so please do not let him down.

Lalu Prasad is having a severe infection in both the kidneys and he will undergo an operation for kidney transplant on December 3.

“My father will undergo surgery on December 3 for kidney transplant. When he gains consciousness, he will ask me about the polling in Kurhani on December 5. What would I say to him? It’s up to you to give the vote to Mahagathbandhan candidate Manoj Kushwaha and ensure victory with a big margin. I appeal to you to vote for the Mahagathbandhan candidate for the better health and treatment of Lalu Prasad Yadav,” Tejashwi said.

“I will come to Kurhani for the final campaign on December 2 and then I will go to Singapore as the operation of Lalu Prasad is scheduled for December 3. I am going to Singapore without any worry as I know you would support our candidate,” Tejashwi said.

“The BJP has launched its B team in Kurhani and that is the AIMIM to divide the votes of the minority community. Beware of the Vote Katwa party and give the vote to our candidate. In the 2020 assembly election, people of Kurhani gave their support to the RJD candidate. Now, I am appealing to give your blessings to the grand alliance candidate,” Tejashwi said.

Besides Tejashwi Yadav, national president of the JD-U Lalan Singh was also present at the rally.

“We will whitewash the BJP completely from Bihar till the 2024 Lok Sabha and 2025 Vidhan Sabha polls,” Singh said.

Besides Manoj Kushwaha, BJP, AIMIM and VIP candidates are also in the fray for the Kurhani by-poll scheduled for December 5. The results will be declared on December 8.