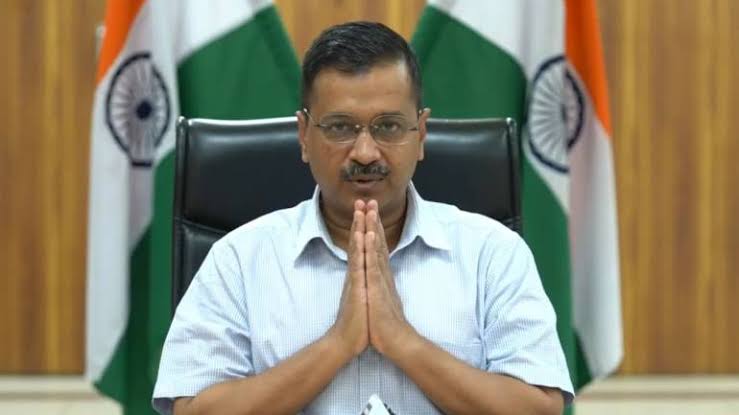 New Delhi: Delhi Chief Arvind Kejriwal on Thursday appealed to neighbouring state governments – Haryana and Uttar Pradesh to come together to fight against the spread of Covid-19 instead of allowing borders to divide the response to the pandemic.

Kejriwal’s remarks came a day after the Delhi Government blamed both the Haryana and UP governments for blocking oxygen supply to Delhi.

Addressing a digital briefing, Kejriwal also pledged to provide resources such as oxygen, essential medicines and medical personnel, including doctors, to other States as and when these were in a position of being shared.

“For last few days, we have witnessed shortage of oxygen and other health crisis across the country due to the Covid-19 situation. Delhi has also been facing issues especially related to oxygen. I have personally spent entire nights attempting to ensure oxygen supply to city hospitals,” Kejriwal said.

Kejriwal added that Delhi requires a daily supply of 700 tonnes of oxygen. The Centre has increased Delhi’s quota to 489 tonnes against 378 tonnes of oxygen, but it is still lower than what Delhi needs.

He said, “The Centre decides which company will supply oxygen to different States and cities such as Delhi where oxygen is not manufactured. Oxygen manufactured by companies in other States is allocated to others according to the Centre’s directions.”

He continued, “It is an emergency situation and everyone need to come together to confront and defeat it. It was a time to rise above State divisions and become Indians.”

He also said that Delhi will share its medical resources with other States as soon as possible. “We have to show the world how India, despite having the highest Covid-19 cases in the whole world, came together to fight and defeat this pandemic,” Kejriwal added.

In the meanwhile, few hospitals in Delhi continued to set alarm of shortage of oxygen, the recent one in Shanti Mukund Hospital. The hospital authority said, “Over 110 patients are on oxygen support here. We are trying to shift patients who don’t require oxygen and those who requires more than 7 ltrs of oxygen.”