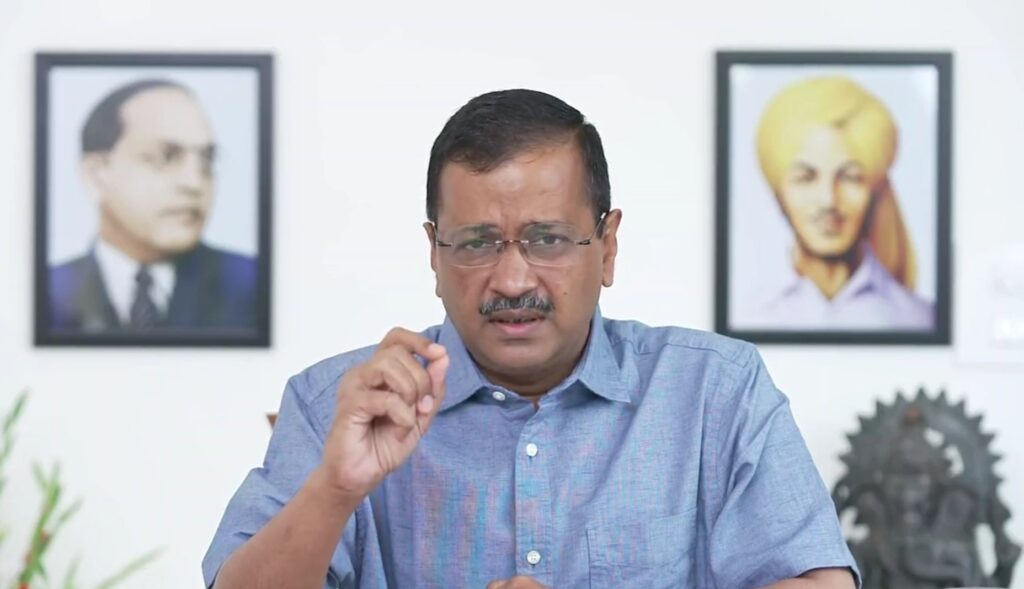 Bengaluru : Arvind Kejriwal, the national convenor of the Aam Admi Party (AAP) and Chief Minister of Delhi, addressed a huge gathering in Bengaluru on Thursday, where he urged the people of the state to vote for AAP if they want free education, healthcare, power and an ‘honest’ government.

Addressing a convention organised to announce the pact between the Karnataka State Farmers’ Association and AAP, Kejriwal said: “AAP is not a party of gangsters and rapists. AAP runs an honest government.”

Kejriwal also compared the attitude of the Centre on the now-repealed farm laws to the arrogance of Ravana, and congratulated the farmers for compelling the government to withdraw the agri laws.

“When the anti-corruption agitation was first launched at the Ramlila Maidan in Delhi, politicians had mocked it and challenged us to come to power and deliver corruption-free governance. They also provoked the common man. But our government was formed in Delhi and then in Punjab, and now we have to form government in Karnataka,” he said.

“The previous one was a 20 per cent (commission) government in Karnataka, the present one is a 40 per cent government. In Delhi, we have a corruption-free government. Prime Minister Narendra Modi had given a certificate of honesty to me as after successive raids at my house and office, they could not find anything. At least 20 MLAs of the party were also raided, but they could find nothing.

“If you want a similar magic in Karnataka, AAP has to come to power. Healthcare is free in Delhi. Power is free. How could we do it? It was made possible through honesty. The money which we saved through honesty suffices for all free services,” he added.

The President of Karnataka State Farmers’ Association, Kodihalli Chandrashekar, pledged the support of peasants to AAP. He also gave a call to farmers not to relent until AAP comes to power in the state.