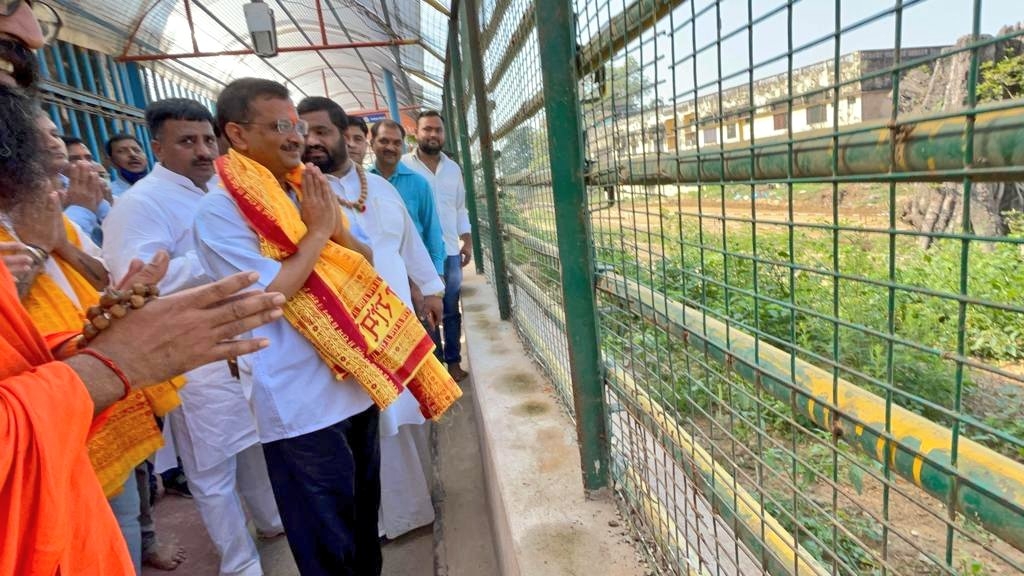 On Monday, Kejriwal visited Ayodhya and attended the evening ‘aarti’ at the Sarayu river. On Tuesday, Kejriwal will be worshiping Lord Hanuman and Ram Lalla temples.

“The Delhi Chief Minister is another name for hypocrisy and double standards in politics,” the cricketer-turned-politician added.

“All India Majlis-e-Ittehadul Muslimeen (AIMIM) Chief Asaduddin Owaisi and parties like it are better than Kejriwal,” he said.

“In some ways, parties like the AIMIM are better than Kejriwal because they are clear with their communal agenda and work accordingly. The Delhi Chief Minister on the other hand doesn’t really have any character or ideology. All of us are aware of what he and his party leaders have said about the Ram Temple issue on several occasions in the past and now he is trying to wash away his sins by going to Ayodhya,” the BJP MP added.

Gambhir said politicians like Kejriwal are a lesson for the society that they can do anything for the Chief Minister’s chair.

Kejriwal’s Aam Aadmi Party (AAP) is all set to contest the 2022 Uttar Pradesh Assembly polls. The AAP Chief and his party leaders are leaving no stone unturned to make a mark in the polls.

“If 130 crore people of India work together like a family by demolishing all walls of differences and discrimination, then no one can stop it from becoming a major power in the world,” Kejriwal had said in Ayodhya.