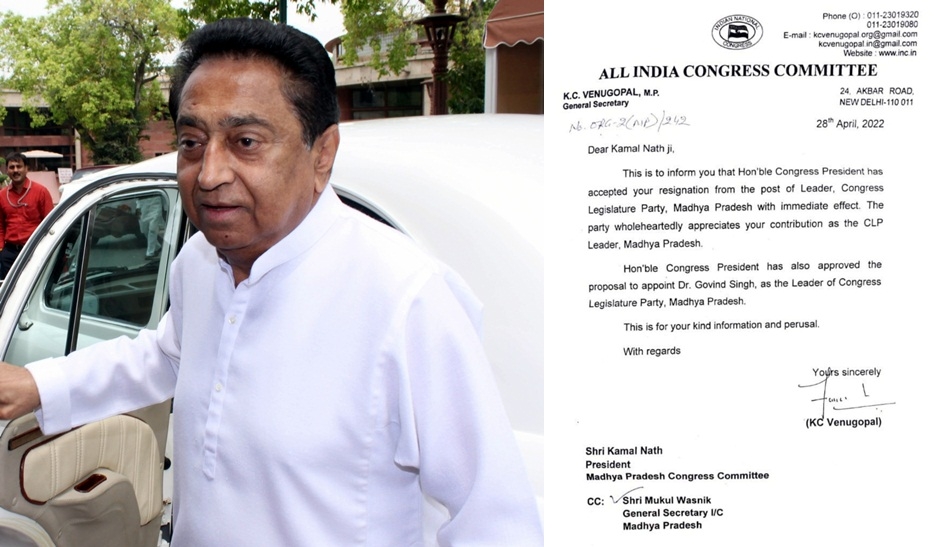 Bhopal : Veteran Congress leader and former Chief Minister of Madhya Pradesh, Kamal Nath, on Thursday resigned from the post of leader of opposition in the state Assembly.

Congress President Sonia Gandhi has accepted his resignation and appointed Govind Singh as the leader of opposition in his place.

Congress General Secretary (Organisation) K.C. Venugopal wrote to Kamal Nath on Thursday, saying, “This is to inform you that the Congress President has accepted your resignation from the post of Leader, Congress Legislature Party, Madhya Pradesh, with immediate effect. The party wholeheartedly appreciates your contribution as the CLP Leader, Madhya Pradesh.”

Kamal Nath was holding the posts of leader of opposition and state Congress President. Now he is only the chief of the state unit of the party.

Kamal Nath had said that he had already made up his mind to give up one of the two posts, but the party had asked him to continue working on both positions.

Kamal Nath has been the target of the BJP for the last few days for the dual posts he held with the saffron party continuously raising questions about his responsibilities. The allegation was that all the posts were with Kamal Nath.