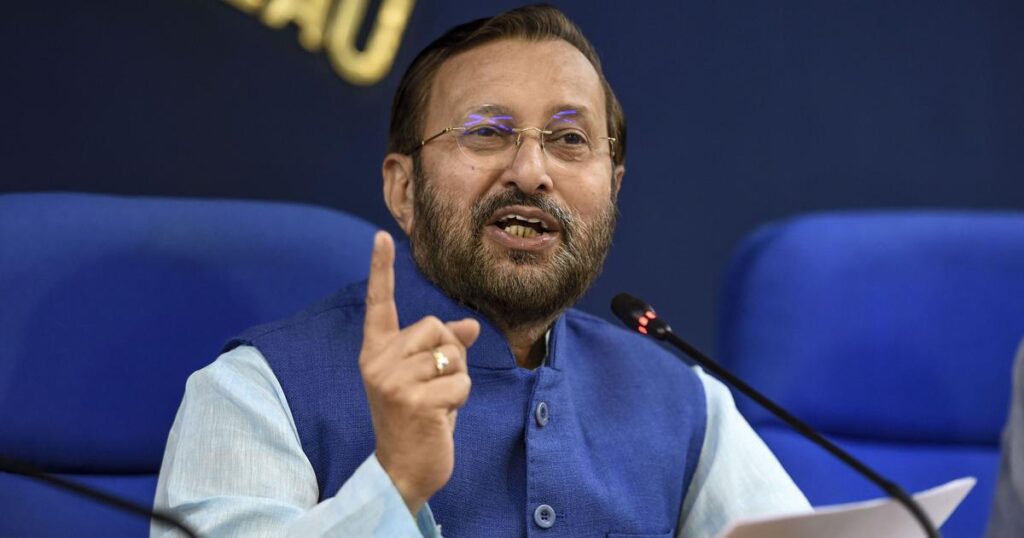 Javadekar said, “Kamal Nath is insulting the country by calling the B1617 variant of the Coronavirus as the Indian variant. He further said ‘Hamari Pehchan, Mera Bharat Covid’. Many other Congress leaders also gave similar statements. While WHO clarified that no country’s name has been attributed to any variant.”

In a video Kamal Nath was seen referring to the B1167 variant of Covid as the Indian variant. “The pandemic started with Chinese corona and now its Indian variant corona,” Nath had said.

The Union Minister alleged that instead of playing a constructive role the opposition has weakened the fight against Covid and created doubts about the vaccines. “When Covaxin was developed, they called it the BJP vaccine. Now opposition are spreading doubts and fears that there will be a travel ban because Covaxin is not in the list of globally recognised vaccines. As far as I know, WHO has not taken any such decision. Congress’s statements show the party is not only insulting the country but also weakening the fight against Covid,” Javadekar said.

Javadekar said that Congress Interim President Sonia Gandhi should explain why her party is doing negative politics and why she did not condemn Nath’s statement.