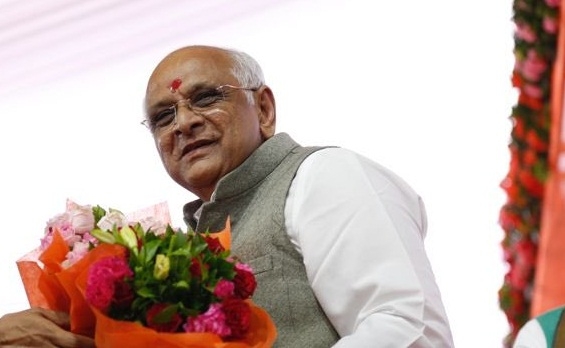 Ahmedabad : Bhupendra Patel will continue as Chief Minister after 2022 assembly elections. This is the forecast of Gujarat Education Minister Jitu Vaghani, though BJP has not announced the chief ministerial candidate for the election. Vaghani’s statement is being mocked by opposition parties.

Vaghani said, “LD Engineering College’s one more event is scheduled in January 2023, which too will be attended by Bhupendra Patel as Chief Minister and me.”

BJP sources, however, said that the party has not announced its CM face so far, nor has decided that if the party gets elected to power, Bhupendra Patel will continue as CM or not.

Sources also said that state party chief C.R. Patil has got assurance from senior leaders that if the party wins 2022 elections with more than 50 seats, he will be made chief minister.

Mocking Jitu Vaghani’s statement, AAP leader Isudan Gadhvi questioned, “Is Vaghani is an astrologer? How can he announce that Bhupendra Patel will be the Chief Minister post elections? There is no offence in being optimistic. But even before elections are announced, a political leader can be optimistic and make such tall claim, there is no harm in it, but overconfidence is harmful.”

Gadhvi even claimed that it seems Vaghani has lost support at the ground level and the leader is not getting right feedback. He questioned, “does Education Minister think that unemployed youth and their family members will vote for the BJP? Families affected with high inflation will vote for the BJP? When parents have paid hefty fees in private schools, does BJP expect them to vote for it?.