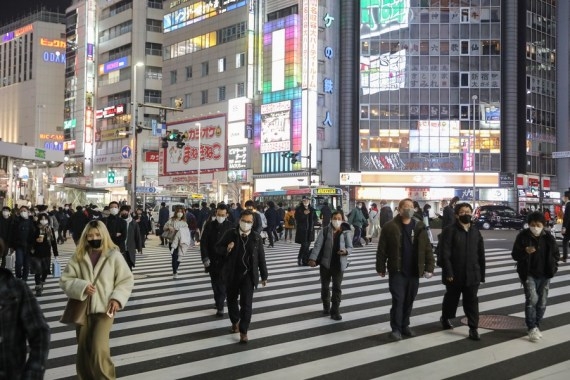 Tokyo: Japan’s Osaka prefecture will on Tuesday request the central government to declare a fresh state of emergency due to the continued surge of Covid-19 cases and the ensuing strain on healthcare facilities, authorities said.

The Osaka prefectural government will formalise their decision to request the emergency virus period, the third for the hard-hit prefecture, at a task force meeting to be held in the afternoon on Tuesday, Xinhua news agency reported.

If the central government approves the request, the prefecture would be empowered to implement stronger measures to tackle the spread of the virus.

On Tuesday, quasi-emergency steps came into effect for parts of Tokyo’s surrounding prefectures of Saitama, Chiba and Kanagawa, as well as for Aichi prefecture, and will be effective through May 11.

Prior to these measures being implemented, similar steps were taken for Osaka, Tokyo, Kyoto, Hyogo, Miyagi and Okinawa prefectures amid a surge in cases in these regions and concerns that the virus would continue to spread unabated as Japan braces for the Golden Week string of national holidays, one of the busiest times for travel in the country.

With experts in virology stating that Japan has entered a “fourth wave” of virus infections, Tokyo is also mulling the idea of requesting that the central government declare anotherstate of emergency for the capital, which is also experiencing a resurgence of virus cases, including rising instances of highly transmissible virus variants.

Tokyo officials will consult with health experts later in the week before formalizing a decision, informed sources said Tuesday.