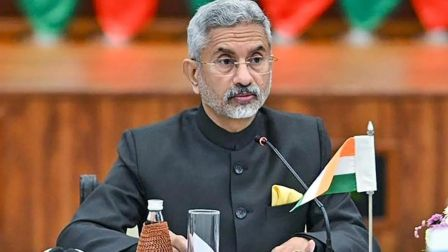 Addressing the Rajya Sabha, he also spoke on India’s plans as President of G20 and the recent Bali Summit.

Jaishankar told the house that President Droupadi Murmu’s first overseas visit in office was to the UK to attend the funeral of Queen Elizabeth II.

He also said that India will host the Pravasi Bharatiya Divas to honour the contributions of Indians overseas from January 10 to 13, 2023.

Egyptian President Abdel Fattah al-Sisi has agreed to be the chief guest for the 2023 Republic Day, Jaishankar said.

Jaishankar also informed the Rajya Sabha about Vice President Jagdeep Dhankhar’s presence at the opening ceremony of FIFA World Cup 2022 in Qatar and Modi’s address during the SCO Summit in Samarkand.

Meanwhile in Lok Sabha, Minister of State for External Affairs Meenakshi Lekhi briefed the house on the latest developments with respect to India’s diplomacy.

She briefed the House about India assuming the presidency of the G20 that represents two-thirds of the world population.

Lekhi said that India would organise 200 G20 meetings in 32 different sectors in multiple locales across India.

“The summit to be held next year would be the highest profile international gatherings to be hosted by India,” she said.

Lekhi stated that the G20 is taking place in the larger backdrop of geological crisis, food and energy insecurity, slow progress of sustainable development goals, mounting debt burden and challenges to climate action and justice.

“Our endeavour is to build consensus within the G20, champion causes, especially of the Global South and set up its agenda,” she said.