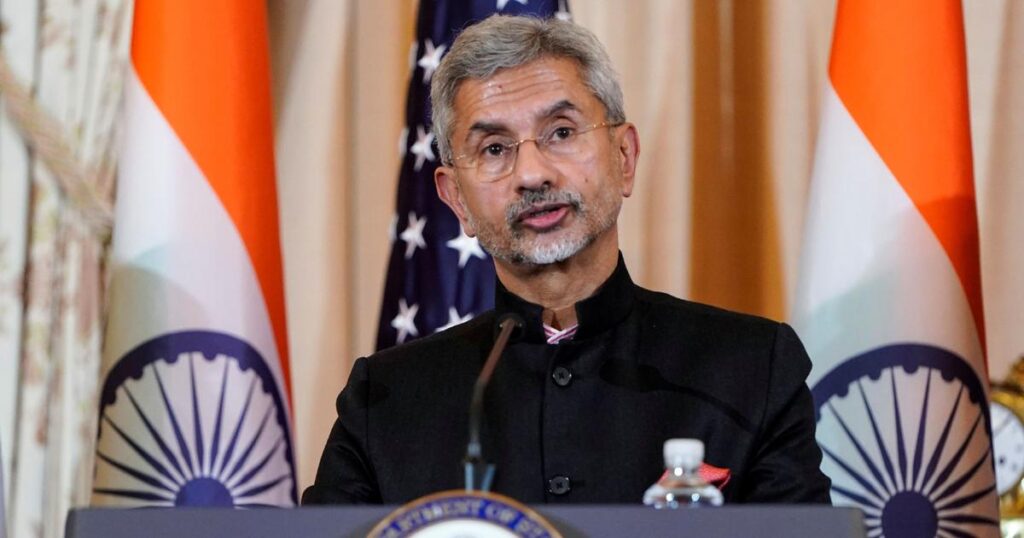 United Nations, India’s External Affairs Minister S. Jaishankar has boycotted a high-level Security Council meeting at the ministerial level that was convened by China, which is the body’s President for this month.

Coming amid tensions between India and China, Jaishankar’s absence stood out as the other 14 members of the Security Council sent minister-level officials to the meeting held virtually.

Seven other countries sent their foreign ministers to the meeting that had the formal title of “Maintenance Of International Peace and Security: Upholding Multilateralism and the UN-Centered International System.”

The remaining three were represented at the sub-cabinet ministerial level by Ministers of State Tariq Ahmad of Britain and Jean-Baptiste Lemoyne of France and Kenya’s Cabinet Secretary for Foreign Affairs Raychelle Omamo, who functions as the de facto Foreign Minister.

The country that holds the Council presidency for the month holds what are called signature events ï¿½ high-level meetings usually at the ministerial-level ï¿½ on topics of special interest to it.

China is planning two more signature meetings, on Africa and Covid-19 recovery, and on improving the safety of peacekeepers.

Because of the Covid-19 pandemic many meetings of the Council are held virtually facilitating the greater participation of ministers who don’t have to make the trip to New York. That makes absences noticeable.

Since India joined the Security Council as a non-permanent member in January, Jaishankar has participated in the ministerial-level Security Council meetings convened by the presidents for the month, Vietnam in April, Britain in February and Tunisia in January.

Environment Minister Prakash Javadekar also spoke at the high-level meeting on climate change called by Britain in February and presided over by Prime Minister Boris Johnson.

When the US was in the chair in March, its signature meeting, Conflict and Food Security, was presided over by Permanent Representative Linda Thomas-Greenfield, who has cabinet status, rather than Blinken.

That was the case with India: Permanent Representative T.S. Tirumurti participated in the meeting.

India will get a chance to hold its own signature events when it presides over the Council in August.

Shringla in his speech on Friday at the Council asserted that global vulnerabilities and fault lines have been exposed by the Covid-19 pandemic.

“It is the lack of a coordinated global response that has exposed the vulnerabilities and weaknesses of the multilateral system as it stands today, providing a timely reminder for the pressing need for comprehensive reform,” he said.

“While the pandemic exposed the fault lines from unreliable global supply chains to inequitable vaccine distribution, it has also underlined the need for global solidarity and strengthened multilateralism,” he added.

He pointed out that India provided Covid-19 vaccines, pharmaceuticals and medical equipment to more than 150 countries and said, “In that same spirit of friendship and solidarity, we extend deep appreciation to those that have come forward to provide us with some priority requirements to battle the second wave of the Covid-19 pandemic that we are currently facing.”

Shringla also reiterated the demand for Council reforms, saying, “Today, the UN has 193 Member States, nearly a fourfold increase from 1945. The narrow representation and privileges of a few in the primary decision-making organ of the UN poses a serious challenge to its credibility and effectiveness. How can we explain the contradiction of Africa not being represented in the Security Council in the permanent category, even though African issues dominate its agenda?”

China’s aid programmes have been criticised for lack of transparency and driving the recipients to unrepayable debts that lead to loss of assets.