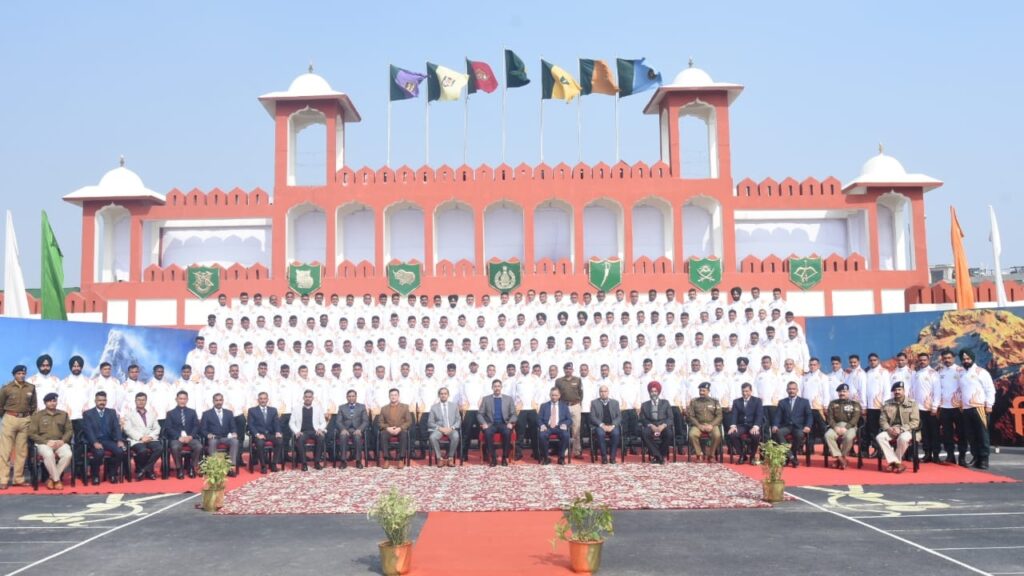 New Delhi : The ‘Daredevil’ bikers of the Indo-Tibetan Border Police (ITBP), also known as ‘Janbaaz’, who displayed brave show on Republic Day at Rajpath were felicitated by its Director General Sanjay Arora, the officials said here on Thursday.

In a function organised at 39th Battalion ITBP in Greater Noida, the DG congratulated all the team members and wished them all the best to excel in their future endeavours.

For the first time a team of 161 personnel including 151 bikers displayed its skill at the Republic Day parade on Wednesday.

All the 161 ITBP personnel and 10 administrative staff of the team were felicitated by the DG, PRO Vivek Kumar Pandey said.

The ITBP bikers showcased 10 kinds of formations at the Rajpath on the Republic Day Parade-2022.

A total of 146 personnel and 33 Bullet Motorcycles of ITBP participated in the mission ‘Daredevils’. The Daredevils team of ITBP was formed in September, 2017.