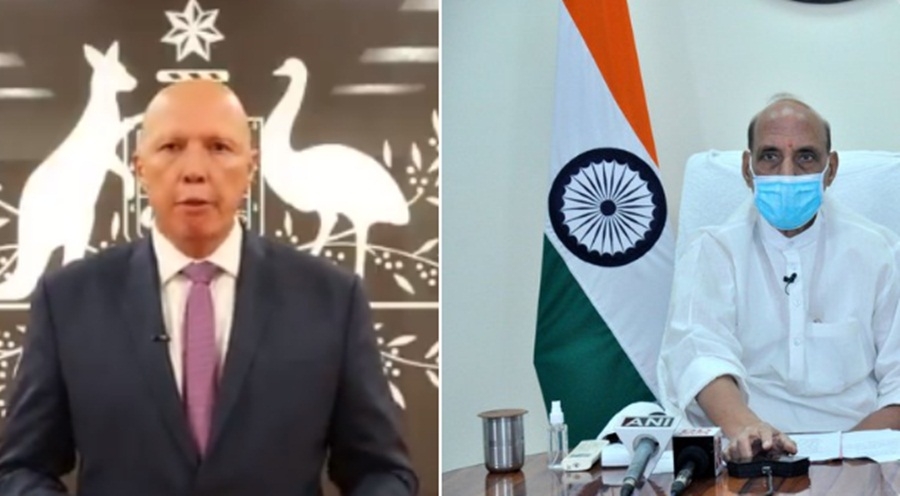 During a phone call, the two Ministers also acknowledged the momentum which India and Australia achieved following the upgradation of the partnership to a Comprehensive Strategic Partnership in Jun 2020, the Defence Ministry here said.

The participation of Australia in Exercise MALABAR has been an important milestone in this enhanced partnership.

Singh and Dutton expressed satisfaction at the growing defence ties between the two countries.

They also reviewed the progress on various bilateral defence cooperation initiatives and expressed commitment to further elevate engagements between the Armed Forces.

During the call, Singh and Dutton expressed their intent to convene the 2+2 Ministerial Dialogue at the earliest.

Singh also thanked Australia for assisting India in the fight against Covid-19.

Following their conversation, Singh tweeted: “Spoke to Australian Minister for Defence, Mr Peter Dutton about the measures taken by both the countries to fight against the Covid-19 pandemic.

“It is heartening to note that the Australian Armed forces have wholeheartedly supported India in its fight against Covid-19.”