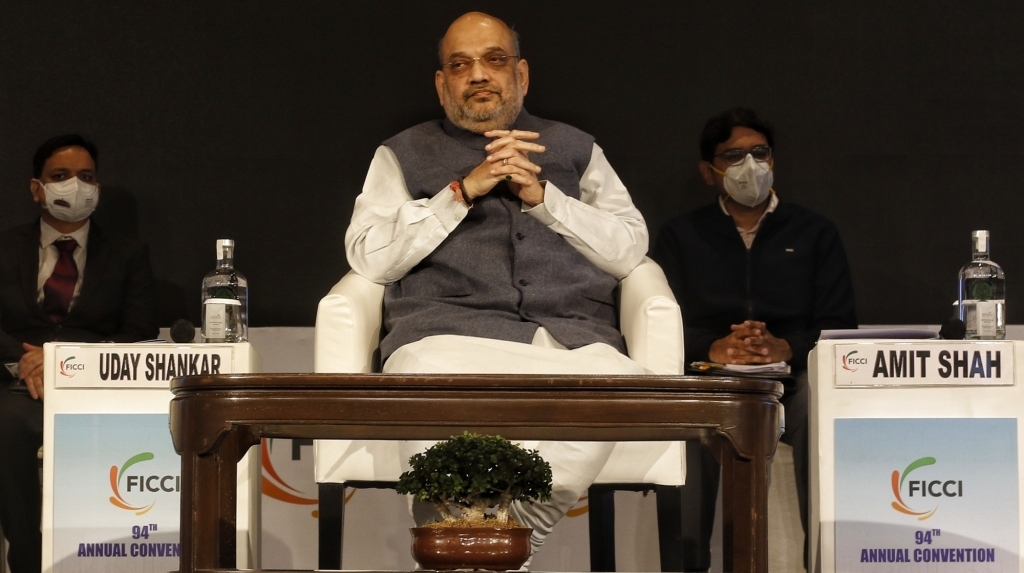 New Delhi : Union Home Minister Amit Shah said on Friday that India will be the world’s fastest growing economy in 2022-23 financial year, and due to the policy decisions of Prime Minister Narendra Modi during the Covid-19 pandemic, India emerged on top when it came to dealing with the effects of the pandemic.

Speaking at the inaugural session of the 94th annual conference (AGM) of the Federation of Indian Chambers of Commerce & Industry (FICCI) here, he said that institutions like FICCI should make efforts to increase research and development (R&D) capital investment as per policy decisions.

Noting that the development of the poor is essential for the improvement of the economy, the minister said that investment in welfare measures for the poor increases gross domestic product (GDP).

Asserting that Modi has made the common people the focus of policy making, Shah said that India will become number one in the world in the 100th year of its Independence due to the PM’s prudent policy decisions.

He also said that even the critics will have to accept that there has been a lot of change in the past seven years, and the the present government has not been accused of corruption.

Shah said that the government has expanded the scope of the economy.

“Sixty crore people out of the 130 crore population did not have a single bank account in their family. People did not know how different policies benefited them, they did not realise what benefits they received after Independence. PM Modi said that by connecting 60 crore people with the country’s economy, the government not only gave them their rights, but also worked to connect them with the development of the country.”

The minister also said that today the government has been bearing the cost of healthcare of 60 crore people, while every house now has toilets.

“Electricity has been provided to every house and people’s lives have changed,” he said.

Elaborating some important decisions taken in the past two-and-a-half years, the Home Minister informed that Production Linked Incentive (PLI) scheme came in 13 areas under which incentives of about Rs 2 lakh crore were given, there were many reforms in the mining sector, the National Asset Reconstruction Company was established, the National Asset Monetisation Pipeline was announced, and Retrospective Tax was abolished.