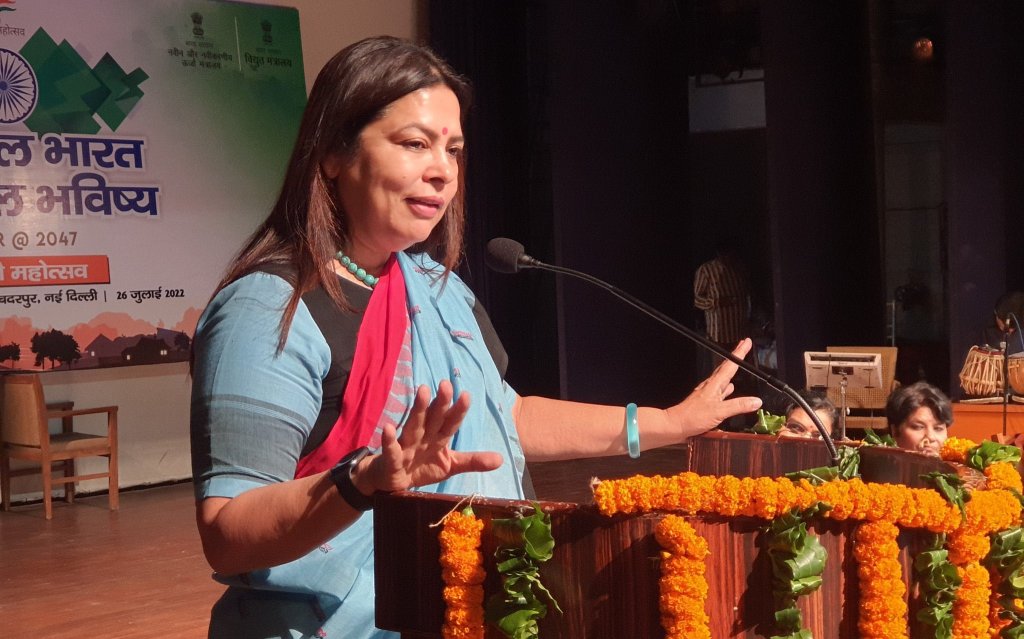 New Delhi : Union Minister of state for external affairs and culture Meenakshi Lekhi on Tuesday said that India was forging bilateral ties with the international community to make the country a ‘Vishwaguru’.

Felicitating top diplomats from seven countries, including Kazakhstan and Mongolia, the Union minister said that Prime Minister Narendra Modi’s government has stepped up efforts to forge mutually beneficial bilateral ties with the international community to make India a ‘Vishwaguru’.

She was virtually addressing a meeting of ambassadors at Sri Sathya Sai University for Human Excellence from countries like Mongolia, Rwanda, Guyana, Peru, Surinam, Trinidad and Tobago, and Kazakhstan.

“The Ministry of Culture and the Ministry of External Affairs have been working extensively as part of the government to nurture and promote the cultural uniqueness of India and take pride in developing a new India spiritually, economically, and militarily,” Lekhi told the group of international diplomats, adding that following in the footsteps of spiritual gurus and that of Sri Sathya Sai Baba, India has now become a Vishwa Guru.

The minister described the Sri Sathya Sai University for Human Excellence as the flag bearers of India’s message of spirituality and well-being to the entire world.

“Development of spirituality, practise of yoga and meditation, and development of conscience are key to creating responsible young citizens who would value their own lives and also take care of society and build this nation,” the Union minister added.

The minister said that “as India moves ahead to emerge as one of the world’s most influential countries economically and militarily, we also need to be deeply connected once again with our spiritual heritage and philosophies to have a better understanding of the world and the essence of being born a human being”.

The other foreign diplomats and high embassy officials who took part in the event were Ria A. Sital, Charge d’Affaires, Embassy of the Republic of Suriname; Dr Roger Gopaul, High Commissioner, Republic of Trinidad and Tobago; and Ardak Kakimzhanov, First Secretary of the Embassy of Kazakhstan in India.