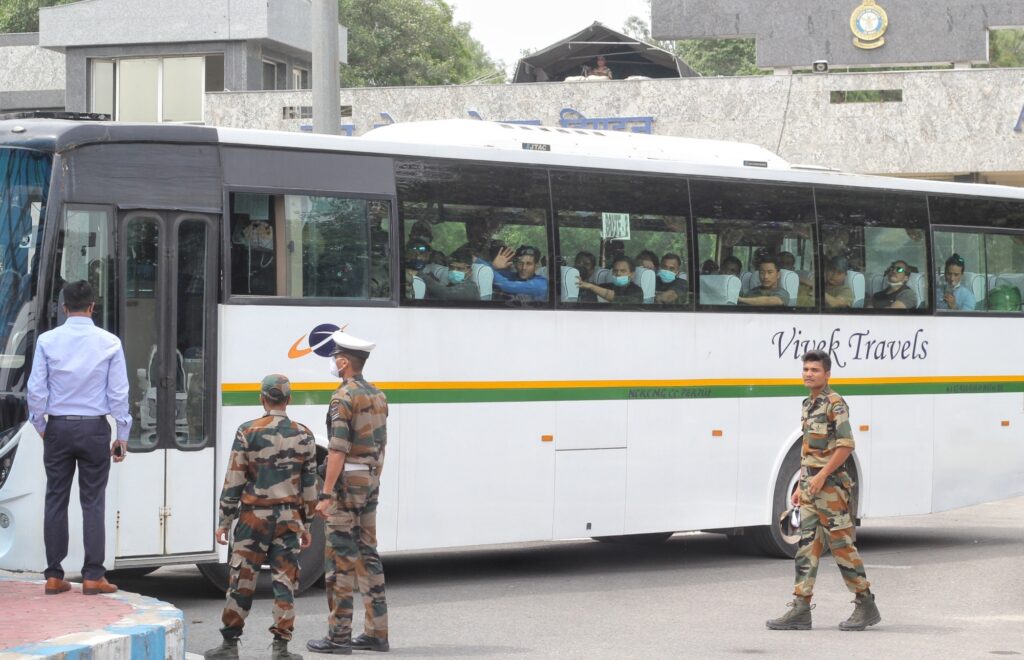 All the evacuees will be taken by ITBP buses from the airport to a quarantine centre at Chhawala.

India has continued the air rescue operation, named as Ops Devi Shakti, from Kabul, as well as from other countries like Qatar and Tajikistan. Indian officials are making all round efforts to evacuate not only Indians but Afghan nationals too.

The operation was announced by the External Affairs Minister S. Jaishankar on August 24.

A Special Afghan Cell was set up on August 16 to coordinate repatriation and other requests from Afghanistan in a streamlined manner, Jaishankar in an all party meet held on Thursday.

As per evacuation data shared by Jaishankar, a total of 175 embassy personnel 263 other Indian nationals, 112 Afghan nationals including Hindus and Sikhs, 15 third country nationals have been evacuated so far.

He said that a total of 565 persons have been evacuated so far.

The Central government has also facilitated the evacuation of Indians by other agencies.

These evacuees have been brought to New Delhi from various routes such as Doha in Qatar, Dushanbe in Tajikistan and other neighbouring countries in special flights of Air India and some private carrier too.