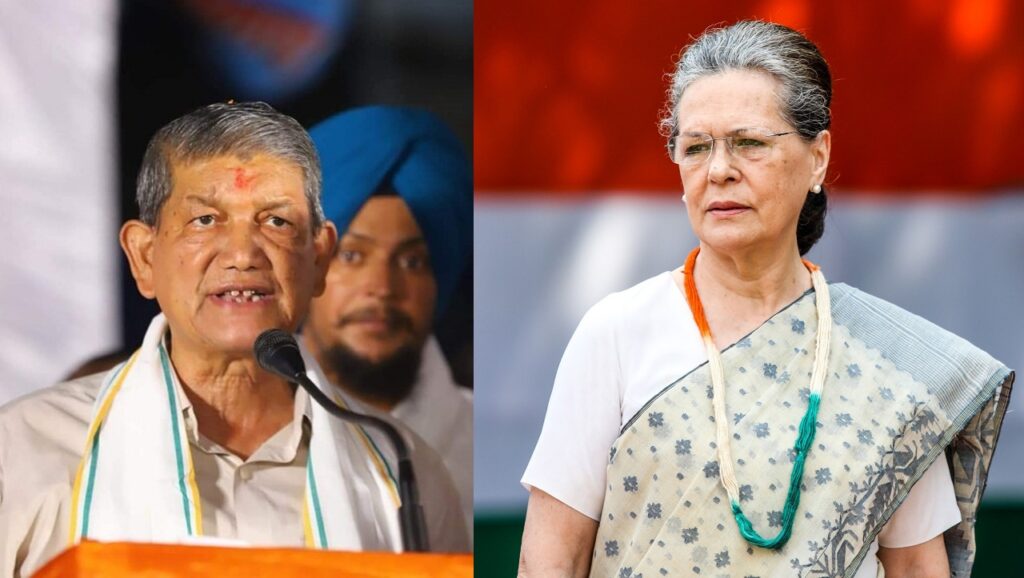 New Delhi : Punjab Congress in-charge Harish Rawat has met Sonia Gandhi and Priyanka Gandhi Vadra, and sources said he has been asked to settle the raging tussle within the party as MLAs have once again started raising voices and seeking the Legislative party meet.

He is also said to have spoken to the top Congress leaders in Punjab.

The MLAs have demanded that two neutral observers be sent from Delhi so that they can narrate their grievances. The prime movers this time are Pargat Singh and Tript Singh Bajwa, both are close to the state President Navjot Singh Sidhu.

While Rawat is likely to travel to Chandigarh before he starts the second leg of his yatra on Saturday from Haridwar. He was in Chandigarh in the first week of this month to settle issues, but fresh trouble has surfaced.

Punjab Congress President Navjot Singh Sidhu had last month travelled to Delhi to meet Congress leadership but was advised to talk to General Secretary in-charge Harish Rawat, who was in Chandigarh that time.

Harish Rawat has met all the stakeholders in the state. He has also held meetings with Chief Minister Aamarinder Singh regarding the tussle. Rawat in Chandigarh had said, “We are heading towards an amicable solution.”

Both Sidhu and Amarinder are pitted against each other and the state Congress infighting has escalated.

Harish Rawat had met Rahul Gandhi on the issue in the past and had briefed him about the situation in the state.

There is also uneasiness after Amarinder Singh remarks on farmers’ protest which was criticised by Samyukt Kisan Morcha.

Amarinder said, “His government as well as the people of Punjab, had always stood with the farmers on the issue of the farm laws, and it was sad that they were now suffering due to the continued protests of the farming community across the state”