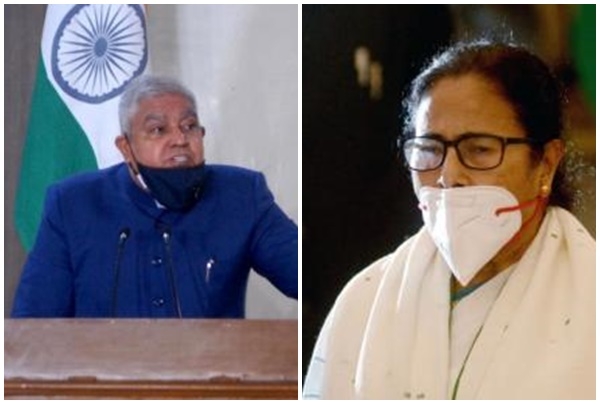 Kolkata : The battle between the state government and the governor continued as he questioned the claims of investment in the Bengal Global Business Summit (BGBS) made by the Mamata Banerjee government in the last five years.

Asking the state government to release a white paper on the investment the governor said – “Sought information and White Paper #BGBS five editions @MamataOfficial as tall claims of “resounding success” are belied by ground reality.”

In a two-page letter written to the chief minister, Governor Jagdeep Dhankhar said, “Tall claims made as regards the “resounding success of BGBS are apparently not in sync with ground reality or official data available. In such a scenario, towards generating confidence for investment, a White Paper on all the five editions of BGBS would render the situation crystal clear”.

“I am sure you will bestow attention to this and make available earliest the information sought from this end as regards the five editions of BGBS and come out with a White Paper on the same,” he added.

“You would concede that for attracting investment, it is essential that governance is in accord with constitutional prescriptions and rule of law with due concern for human rights and democratic values. All these constitute transparency and accountability. On all these counts as is felt in all quarters, there is need for massive uplifting,” the said.

He said that he had written a letter to the government on August 25, 2020 asking for information regarding the five editions of the Bengal Global Business Summit detailing:

“Year wise amount spent since 2016 in holding Bengal Global Business Summit. Names of the agency/agencies through which spending has been made for organising BGBS. Names of Event Companies for BGBS and whether payment was made directly or through FICCI: Number of MoUs signed investment and jobs promised in each of BGBS annual events since 2016; Achievement’s due each BGBS event since 2016 as regards actual investment made, and jobs created?”

“Unfortunately, this information has so far not been made available, now for over a year. This is not in consonance with constitutional prescription under Article 167 of the Constitution. I am constrained also to indicate that the assurances held by you in your communication dated 8 October, 2021 have not fructified,” the governor said.

“Neither the information sought under Article 167 of the Constitution, including as regards Bengal Global Business Summit has been imparted, nor the Chief Secretary, the Home Secretary and the DGP have called on me,” he added.