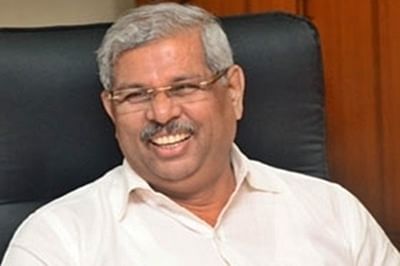 Panaji, Goa’s former Speaker and minister Rajendra Arlekar was on Tuesday appointed as the Governor of Himachal Pradesh.

Speaking to reporters on Tuesday, Arlekar, 67, said that he was informed of his new assignment by President Ram Nath Kovind on Tuesday morning and that a notification to this effect has been issued.

“One hour ago, I was informed by the Rashtrapati Bhavan about the new responsibility. The President spoke to me, he said I had been posted as the Governor of Himachal Pradesh. He also informed me of some responsibilities,” he said.

Arlekar said that he had been sounded out about the new responsibility on Monday by Prime Minister Narendra Modi.

“He had asked me not to speak to anyone about this development, when he called me yesterday and asked me about my willingness to serve as a Governor,” he said.

He also said that his appointment as Governor was a sign of the fact that the BJP looks after its ordinary party workers.

Arlekar said that he had been to Shimla, the capital of Himachal Pradesh, in the past either on a holiday or for meetings.

Chief Minister Sawant said: “I congratulate Rajendra Arlekar on behalf of the Goa government and the state of Goa. For many years now, he has been carrying out chores of the BJP. The party has given the right man the right post.