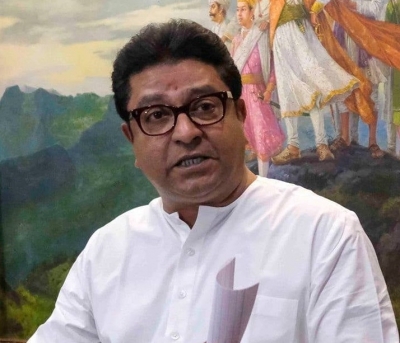 Mumbai,  The Maha Vikas Aghadi government on Thursday slammed Maha Navnirman Sena president Raj Thackeray asking him to serve ‘ultimatums’ in his house and not to the state while arguing that the loudspeakers ban would hurt Hindus more than the Muslims.

“This is a state run on the laws and Constitutiona not on the basis of some deadlines given by someone. IF they want, they can give such ‘ultimatums’ in their homes,” Nationalist Congress Party’s Deputy Chief Minister Ajit Pawar said sharply.

Responding to questions on Raj’s conditions that the MNS’ campaign will continue till all loudspeakers in the state are removed or silenced, Pawar made it clear that those flouting the laws on public address systems would face action.

Congress General Secretary Sachin Sawant said there are at least 2,400 Hindu temples in Mumbai which will not be able to use loudspeakers for their prayers and other rituals and it has also affected the much revered ‘kakad aarti’ at the famed Saibaba Temple in Shirdi (Ahmednagar).

Shiv Sena’s MoS Kishore Tiwari said that besides important temples like Shree Siddhivinayak Temple in Mumbai and others across the state, the loudspeaker restrictions would hit major Hindu festivals like the upcoming Ganeshotsav and Navratri.

“With the MNS’ warnings, event organisers of weddings and other social functions or conferences are complaining that they are scared of using loudspeakers or DJ music fearing reprisals from MNS activists,” pointed out Tiwari.

Accordingly, Sawant and Tiwari said that Thackeray’s ‘selfish’ agitation would hit and hurt Hindus more than the Muslim community, and the MNS would face its repercussions from the non-Muslims.

The Shri Saibaba Sansthan Trust, Shirdi, CEO Bhagyashree Banayat-Dhivare said contrary to certain media speculation, the Saibaba Temple has not discontinued the use of loudspeakers for its night and morning aartis.

On Wednesday night and Thursday morning (May 4/5), the Saibaba Temple night aarti which starts at 10 p.m. and the morning ‘kakad aarti’ which is held from 5.15 a.m. were conducted on public address systems, but with decibel levels tuned down to 45db, as per the Supreme Court guidelines, she added.

“In a meeting with the police, representatives of all religions have opposed the MNS stance… The MNS’s insanity and self-serving stand along with the Bharatiya Janata Party support are damaging not only to the majority community, but also for the image of a progressive state like Maharashtra,” said Sawant without mincing words.

On Wednesday – on the first day of its anti-loudspeakers drive – Raj had claimed ‘success’ with 90 per cent mosques in the city muting their public address systems, and demanded action against the remaining which he alleged flouted the Supreme Court norms.

Though the state remained peaceful, the MNS has decided to continue its agitation on a long-term basis maintaining it’s a social and not a religious issue.