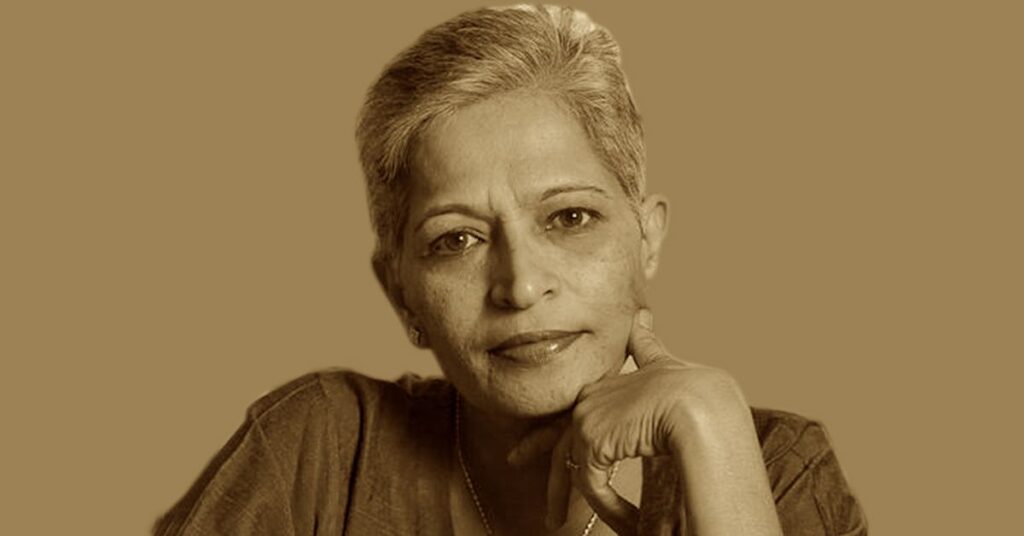 New Delhi : The Supreme Court on Thursday ruled that one of the accused in the 2017 murder of activist Gauri Lankesh will face charges under the stringent Karnataka Control of Organised Crime Act (KCOCA).

A bench headed by Justice A.M. Khanwilkar and comprising Justices Dinesh Maheshwari, and C.T. Ravikumar held that the stringent provisions can be invoked against a member of the crime syndicate involved in organised crimes without two previous charge sheets against him.

The top court allowed the appeals filed by Kavitha Lankesh, sister of the slain activist, and the state government against the Karnataka High Court judgment of April 22, which quashed the charges against accused Mohan Nayak N., who was arrested on July 18, 2018.

The top court said the high court examined the matter by applying erroneous scale and the observations in the judgment clearly reveal that it has glossed over the core and tangible facts.

In its 29-page judgment, it said: “Offences punishable under Section 3(2), 3(3), 3(4) or 3(5) (of the KCOCA), can proceed against any person sans such previous offence registered against him, if there is material to indicate that he happens to be a member of the organised crime syndicate who had committed the offences in question and it can be established that there is material about his nexus with the accused who is a member of the organised crime syndicate”.

Against the backdrop of investigation carried out by the SIT, the bench noted that Nayak had “intimate nexus with the brain behind the entire event being none other than Amol Kale and master arms trainer Rajesh D. Bangera who are part and parcel of a crime syndicate and committed organised crimes as such”.

The bench noted that if the role of the offender is merely that of a facilitator or of an abettor in various sections under the KCOCA, then the requirement of the named person being involved in more than two charge sheets registered against him in the past is not relevant.

“Regardless of that, he can be proceeded under the 2000 Act, if the material collected by the investigating agency reveals that he had nexus with the accused who is a member of the organised crime syndicate or such nexus is related to the offence in the nature of organised crime. Thus, he need not be a person who had a direct role in the commission of an organised crime as such.”

Against the backdrop of this top court order, the possibility of Nayak getting bail would become difficult during the trial.

The petitioner had argued that Nayak was part of the syndicate led by Amol Kale, which committed multiple organised crimes besides Gauri Lankesh murder.