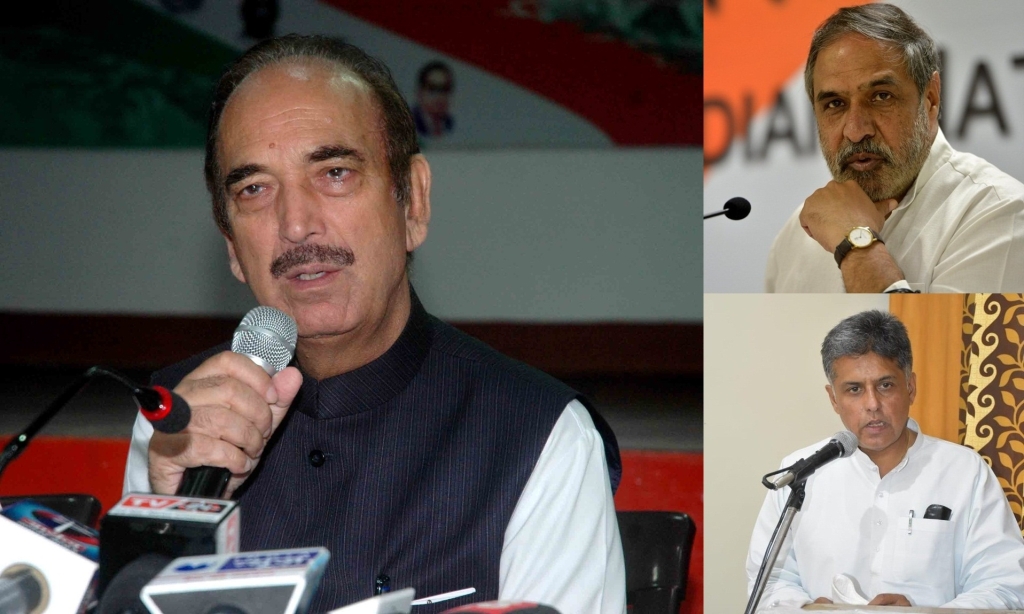 New Delhi : The Congress has finally given space to ‘G-23’ leaders, like Ghulam Nabi Azad, Manish Tewari, Anand Sharma, Bhupinder Singh Hooda, and Mukul Wasnik in the committees formed to devise agenda for the party’s ‘Chintan Shivir’ (brainstorming camp) to be held in Rajasthan next month.

Hooda, a former Haryana Chief Minister, will be heading the committee formed for the farmers which is going to be prime focus of the party in the upcoming elections, while Azad, a former Leader of Opposition in the Rajya Sabha, has been appointed a member in the political matters committee.

The foremost important committee on political matters will be headed by Mallikarjun Kharge, the economic matters committee by P. Chidambaram, the committee on social justice will be headed by Salman Khurshid and that on youth and empowerment by new Punjab unit chief Amarinder Singh Raja Warring. Former Rajasthan Deputy Chief Minister Sachin Pilot has been given prominence by being appointed a member of the cconomic committee.

The Congress on Monday said that it will hold a three-day brainstorming session — ‘Nav Sankalp Shivir’ — in Udaipur from May 13 and the focus would be the 2024 elections.

“Congress President has decided to convene the Chintan Shivir of the Indian National Congress ‘Nav Sankalp’ in Udaipur on May 13th, 14th and May 15, 2022. About 400 Congressmen and women from every state will participate.

“The focus of the deliberations will be on the current political and economic situation and the challenges they pose to our society. Issues relating to the welfare and well-being of kisans and khet mazdoors, Scheduled Castes, Scheduled Tribes, OBCs, religious and linguistic minorities, women, social justice and empowerment and youth will also be discussed in detail.

“In addition, matters relating to organisational restructuring and strengthening will also be examined,” said the statement.

The Chintan Shivir will also deliberate on the broad strategy of the party for the 2024 Lok Sabha elections.