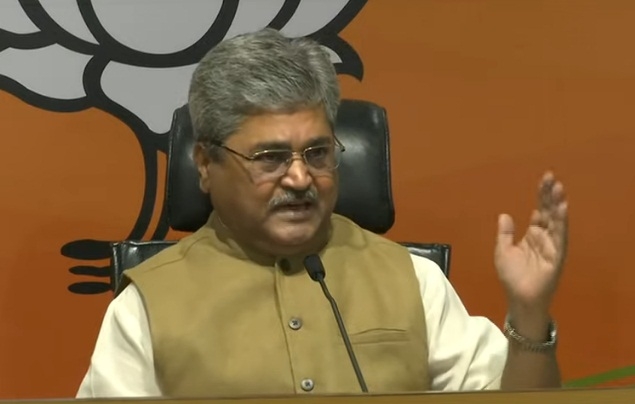 New Delhi : Questioning Rahul Gandhi and Punjab Chief Minister Charanjit Singh Channi’s silence over the brutal Singhu border murder, the BJP said that for the Congress, Dalit lives are expendable, as long as it suits their politics.

BJP general secretary and Punjab in-charge, Dushyant Gautam that any death is unfortunate but to draw the attention of the Gandhi siblings (Rahul and Priyanka), a Dalit has to die in a BJP ruled state.

“Both the Gandhi siblings only react to unfortunate incidents which happen in BJP-ruled states and remain silent on happenings in Congress-ruled states.

“Congress Chief Ministers Bhupesh Baghel and Channi announced compensation for an unfortunate incident in Uttar Pradesh to politically establish Gandhi siblings but not a single penny for the Dalit resident in Punjab who was killed yesterday,” Gautam said.

The body of Lakhbir Singh, a resident of Tarn Taran in Punjab, was found hanging with a severed hand, close to the main stage of the farmers’ protest site near the Delhi-Haryana border on Friday morning.

In a tweet, in-charge of the BJP’s National Information and Technology Department, Amit Malviya said: “24 hours after the gruesome murder of Lakhbir Singh, a Dalit Sikh, Rahul Gandhi hasn’t said a word. Neither has Punjab CM announced any compensation for the family, which hails from Punjab. Clearly, for the Congress, Dalit lives are expendable, as long as it suits their politics.”

On Friday, BJP general secretary (organization) B.L. Santhosh tweeted: “They lost every moral right to call themselves farmers. It’s time saner elements if any among them to apologise to nation and withdraw and engage with government unconditionally.”

Taking note of the brutal murder, Chairman of National Commission for Scheduled Castes (NCSC), Vijay Sampla had on Friday asked the Haryana DGP to immediately arrest the culprits.