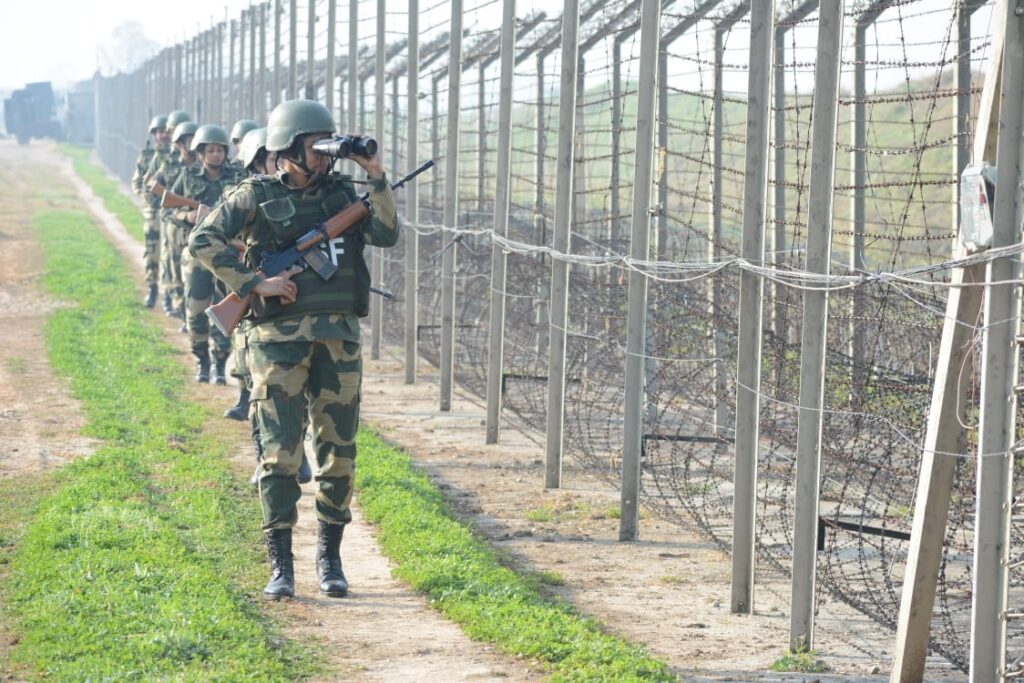 Srinagar : BSF troops fired and repulsed a flying object along the International Border in the Arnia sector of Jammu, officials said on Monday.

“Today morning at about 0530 hrs, a blinking red and yellow light in the sky observed by our forward troops in Arnia sector near to the IB,” BSF said.

“Our troops immediately fired 25 LMG rds on the flying object due to which it gained some height and went towards Pak side. Area being searched with help of police.”

Jammu is witnessing an increased drone activity. On July 2 a quadcopter was repulsed by the BSF in the Arnia sector. On June 29 drone activities were thwarted by the Army at the Ratnachuk-Kaluchak military area in Jammu. On June 27 there were two bomb blasts at the Jammu Airforce Station carried out by using drones.