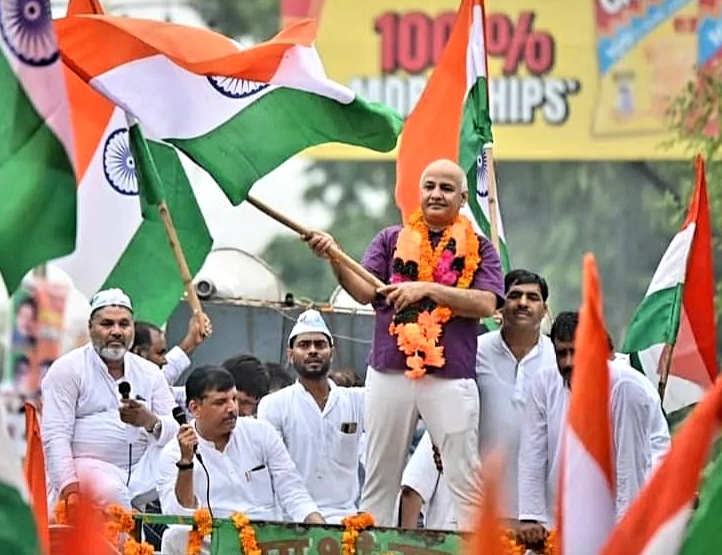 Agra: The success of the ‘Tiranga Yatra’ in the Taj city by the Aam Aadmi Party (AAP), which drew thousands of party workers, has had its fallout in an FIR being registered against Delhi Deputy Chief Minister Manish Sisodia, Sanjay Singh and 17 others at the Loha Mandi police station on Monday.

FIR has also been registered against 450 unnamed persons.

It is alleged that the rally on Sunday had more people than the number given in the permission to the party. The accused have been charged with violating Covid-19 norms. After Lucknow, this was the second Tiranga Sankalp Yatra in Agra, in which thousands of people participated with the national Tricolour.

“Clearly, the success has irked the BJP government in Uttar Pradesh,” an AAP member said.

Only the other day, the Yatra by a Union minister S.P. Singh Baghael, which had thousands of people and vehicles, was welcomed all over the city, was also in gross violation of all pandemic norms and section 144, but no action was taken, he added.