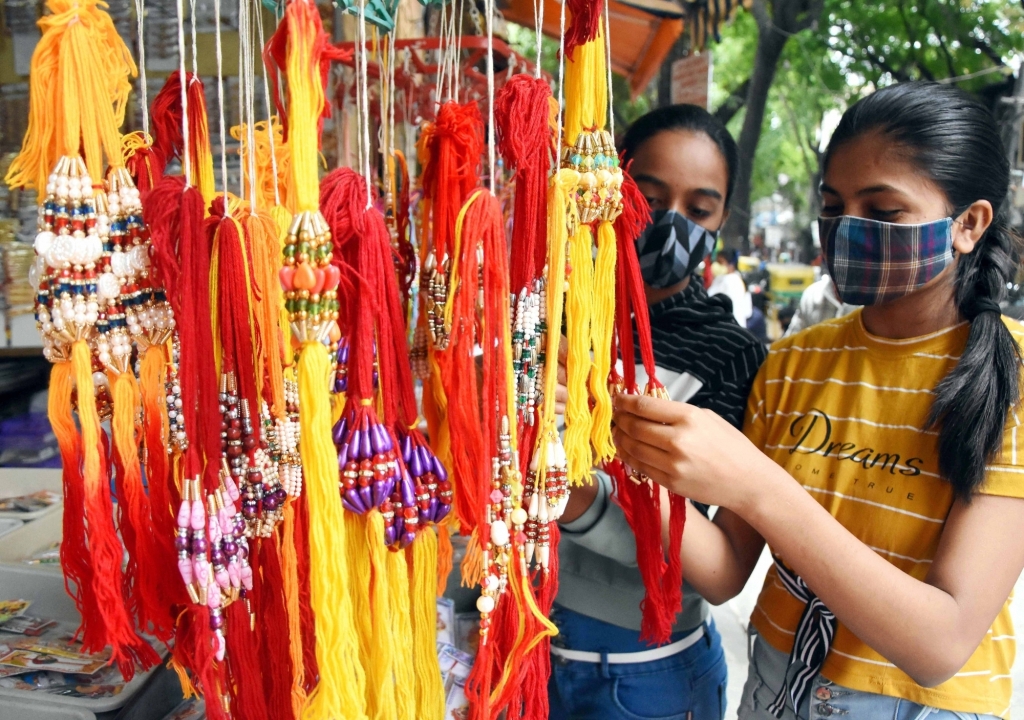 Agra : Crowds on a shopping spree returned to the markets in Agra while a huge rush of pilgrims to temples in Mathura and Vrindavan brought some cheer back on the festive occasion of ‘Raksha Bandhan’.

The sweet shops were swarmed by people buying Ghevar, a delicacy special to Raksha Bandhan, and the month of Sawan when married women visit their parents in the Braj region. “This time of the year two items are in great demand, the sweet Ghevar, and Sewain, noodle-like item that is eaten with ghee and sugar,” said Pandit Nandan Shrotriya of the Sri Mathuradheesh temple, famous for its Hindola decorations during the month of Sawan.

Last week, a large number of homes were seen busy making the traditional Sewaiyan, which needed drying up before the rains began two days ago.

After the record vaccination, people are now a bit relaxed and venturing out to the markets which had remained deserted. For the past several days Agra has not reported any cases of Covid-19.

The number of active cases now is only five.

Already the Yogi government in Uttar Pradesh has lifted the weekly lockdown and this is helping markets regain a semblance of confidence, according to Sudhir Gupta, the financial consultant.

The Taj Mahal opened for night viewing on Saturday with 133 people buying the tickets online. However, the cloudy sky disappointed the visitors.

Tourism circles are upbeat as the number of tourists have picked up in the past two weeks. The flights from Bengaluru, Mumbai, Ahmedabad are bringing in hordes of visitors to Agra, tourist guide Ved Gautam said.

Women have been allowed to travel free in UP roadways buses on the Raksha Bandhan day. More roadways buses are ferrying people to their homes in the rural areas.

Though restrictions are in place, many people have chosen to visit Govardhan and Vrindavan in their private vehicles,” said Jugal Kishor Pandit.