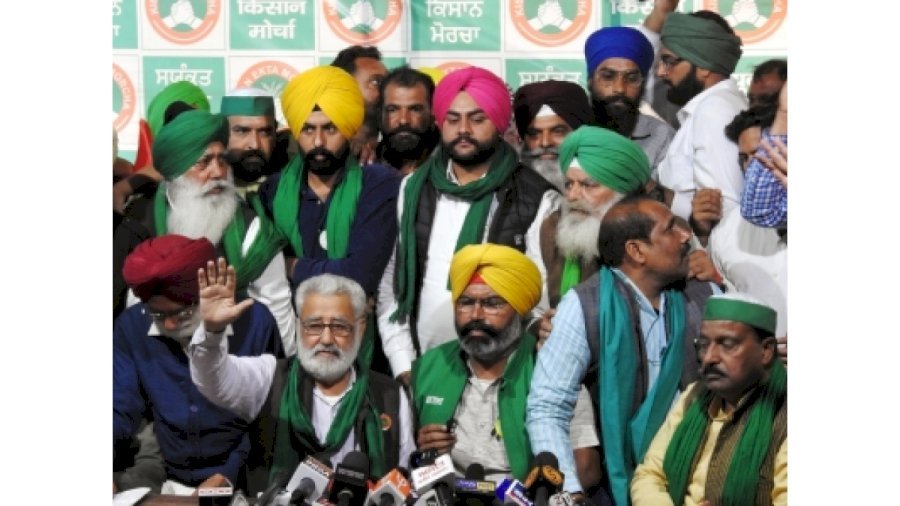 New Delhi : Stating that the BJP government should stop attempting to divide farmers even at this stage – two days after the three farm laws were repealed in the Parliament, the Samyukt Kisan Morcha on Wednesday on condemned the government’s statement that it does not have data about farmers’ death.

“The SKM condemns the response of the government of India in the Parliament saying that it has no information about deaths in the farmers’ movement and therefore, the question of financial assistance does not arise! SKM reiterates its demand for compensation and rehabilitation of the kin of more than 689 martyrs in the ongoing agitation,” the SKM – which has spearheaded the farmers’ agitation for over a year – said in a statement.

It also criticized Prime Minister Narendra Modi for not re-initiating formal dialogue and not responding formally to the letter sent by the SKM reminding the government about the pending demands. “Farm unions stand united in their demands to the Government and SKM is awaiting formal communication with all required details from the Government,” it said.

The SKM statement came in wake of the fact that there were informal attempts to reach out to the farmers on Tuesday by the government asking for five names to be included in a Committee purportedly for discussing farm related issues, including the Minimum Support Price (MSP).

Asserting that the farmers’ unions are all united, the SKM – a consortium of 40-odd organisations – said, morchas/campsites around Delhi borders will continue with more tractor-trolleys reaching the protest sites and the struggle will continue.

“More farmers are coming so that everyone can go back together victorious – SKM appeals to farmers and media not to believe falsehoods being spread about protests winding down – SKM will hold its meeting on December 4 as announced earlier,” the statement said.

There is no meeting that has happened between Haryana Chief Minister Manohar Lal Khattar and farm union leaders of that state, the SKM claimed. “In the Haryana SKM meeting, it was reiterated that the agitation will continue until the pending demands are met by the government, and until formal communication is received regarding the same. Haryana farmers’ organisations will join the SKM meeting on December 4 like other constituents and a collective stock-taking will take place on that day.”

Meanwhile, the All India Kisan Sabha, a component of SKM, said: “The BJP Government has been incessantly peddling lies to cover up for their loss of face, having suffered a humiliating defeat at the hands of the united Kisan movement. Narendra Modi is graceless in defeat and insincere in the apology tendered, he has no remorse for the death of over 700 farmers and immense hardship farmers have had to undergo.”