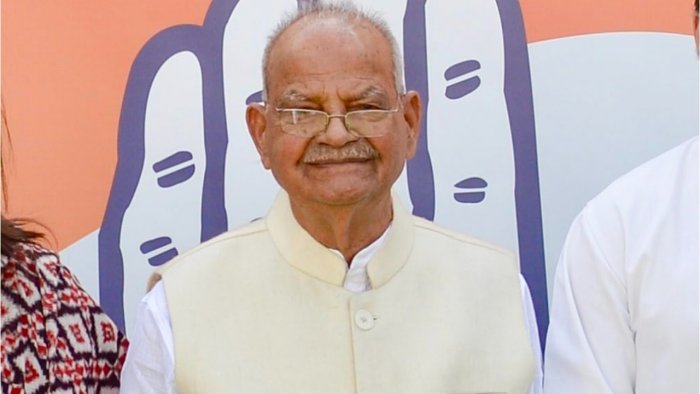 Shimla : Sukh Ram, a Congress veteran from Himachal Pradesh’s Mandi as well as a former Telecom Minister, passed away at AIIMS in Delhi on Wednesday. He was 94.

The six-time legislator and three-time MP was on life-support system after he suffered a massive cardiac arrest two days ago.

His grandson Ashray Sharma in a message on his Facebook, wrote: “End of era, my grandfather took his last breath at AIIMS in wee hours today morning.”

Sukh Ram will be cremated in Mandi on Thursday.

He was Minister of State for Defence in the Rajiv Gandhi government in 1985. He had to resign as the Communications Minister in the Narasimha Rao government in 1996 in the wake of a financial scandal involving purchase of telecom equipment from a Hyderabad-based private firm.

Sukh Ram was granted interim bail by the apex court in January 2012 after he had surrendered before a trial court to serve his three-year sentence in the telecom scam case.

That was the third conviction of Sukh Ram on corruption charges.

In 1993, Sukh Ram, who was in the Union Ministry, was almost certain to become Chief Minister in Himachal Pradesh with the backing of Narasimha Rao.

But his then ‘bete noire’ Virbhadra Singh became Chief Minister for the third time as he had the support of a majority of the legislators.

Sukh Ram, credited with ushering a telecom revolution in the country, belongs to Mandi town and commands influence in the area.

His son Anil Sharma is a BJP legislator in the present state government led by Jai Ram Thakur.

Interestingly, when the telecom scam came to light, Sukh Ram blamed certain Congress leaders who he said had conspired to frame him.

He parted ways with the Congress in 1997 and floated a regional political outfit Himachal Vikas Congress (HVC).

In 2004, the Congress managed to bring back the HVC rebels into the party fold. 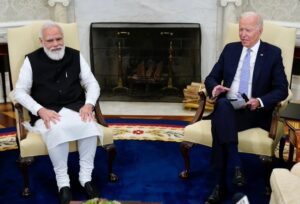