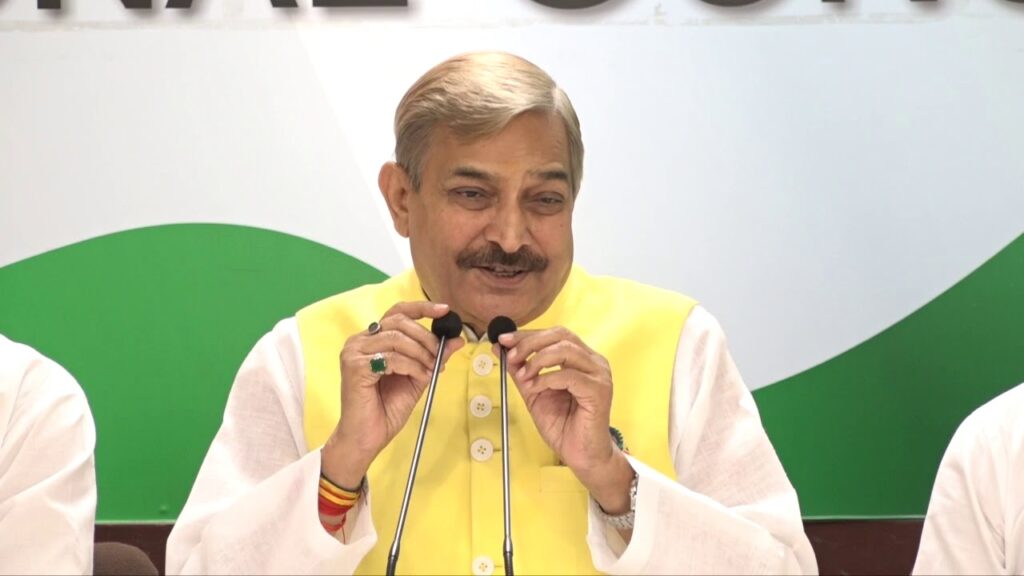 Pratapgarh (Uttar Pradesh) : Former Congress MP Pramod Tiwari, Congress legislature party leader Aradhana Mishra and 48 others have been booked under Section 307 (attempt to murder), 146 (rioting) and 336 (act endangering life or personal safety of others) at the Lalganj police station in Pratapgarh.

The case was registered late on Saturday night after BJP MP Sangam Lal Gupta, with his supporters, blocked traffic on the Prayagraj-Pratapgarh road for several hours.

BJP MP Sangam Lal Gupta was also allegedly beaten up and had to be rescued by police and escorted to a safe place.

According to reports, BJP MP Sangam Lal Gupta was invited as the chief guest at the Gareeb Kalyan Mela but he came late.

After a heated argument, both groups attacked each other. In a video which went viral, it can be seen that some people chased his vehicle and damaged it. The programme was also suspended following the chaos. Heavy force reached the spot and controlled the situation.

Later, on the complaint of MP Sangam Lal Gupta, a named FIR was registered against 27 people, including Congress leader Pramod Tiwari, his daughter and MLA Aradhana Mishra, block pramukh of Sangipur Bablu Singh and 50 unidentified people under relevant sections of IPC for rioting armed with deadly weapons, unlawful assembly, voluntarily causing hurt and endangering human life or personal safety of others.

Congress leader and former Rajya Sabha member Pramod Tiwari blamed the BJP leaders and their supporters for the incident. He said that the BJP leaders did not believe in democracy as they were intoxicated with power. Police brutally thrashed Congress workers, Tiwari added.

Deputy chief minister Keshav Prasad Maurya said instructions had been issued to take action against those involved in the attack on BJP MP Sangam Lal Gupta.

Additional forces have been deployed in the area in view of the tension.