Team Absolute|Bhopal Chief Minister Shivraj Singh Chouhan has said that Madhya Pradesh government is committed to adequate arrangement of education and medicines along with basic amenities of Anna, clothing and shelter. The poor section of the society will never remain hungry. With this purpose, a provision was made to provide food grains to the needy class every month by incorporating Pradhan Mantri Garib Anna Yojana with Mukhyamantri Annapurna Yojana. Eligibility slips and ration packets are being distributed today to new beneficiaries in all the districts of the state today. Food is everybody’s requirement. This right is being given to 37 lakh people in the state who were being deprived of their ration due to lack of eligibility slips. All the new beneficiaries will be given 5 kg of wheat / rice per member and one kg of iodized salt per family every month starting from this month in the programmes being held in the capital, district, gram panchayat and ward level. Chief Minister Chouhan was inaugurating the state level Anna Utsav at Samanvay Bhavan, Bhopal. On this occasion, Chief Minister provided ration packets and eligibility slips to 6 women beneficiaries including Babita, Seema, Shobha, Sunita, Vandana and Badami Devi. During the inauguration of Anna Utsav, Chief Minister Chouhan said that providing cheap facilities including food grains is not a favour to a particular class. This is their right. Despite being intelligent, many children are deprived of education. The government has been paying the fees for their school education, now the government will pay the fees for their higher education also. Apart from this, the poor needy women of the state will also be provided gas stoves. Not only this, clean drinking water and concrete houses will be provided to everyone. Chouhan said that maximum employment opportunities will be made available in the state. Along with this, opening of recruitment in government jobs will also provide employment to the youth. Apart from providing benefits to 25 lakh consumers out of 37 lakh new consumers, Chouhan gave instructions to the collectors of all districts to fulfil the target of giving ration to about 1.66 lakh auto rickshaw drivers including the remaining 12 lakh consumers on the occasion. Chouhan said that black marketers and those who deprive the poor of food grains will not be spared. PM Modi is a messiah of the poor, hence Gareeb Kalyan Saptah week is being celebrated in MP Chouhan said that Anna Utsav is a happy day of my life. Today the poor are being served directly. Chief Minister said that September 17 is the birthday of Prime Minister Modi who is a messiah of the poor. Therefore, the Madhya Pradesh government is celebrating Gareeb Kalyan Saptah on his birthday. Chouhan said that every poor person should get food, no person of India should go hungry, this is not just my dream but even Hedgewar, Gandhiji and Pandit Deendayal Upadhyaya had the same idea, the same dream. 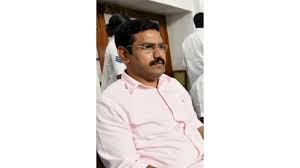 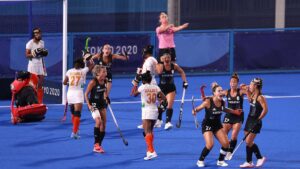