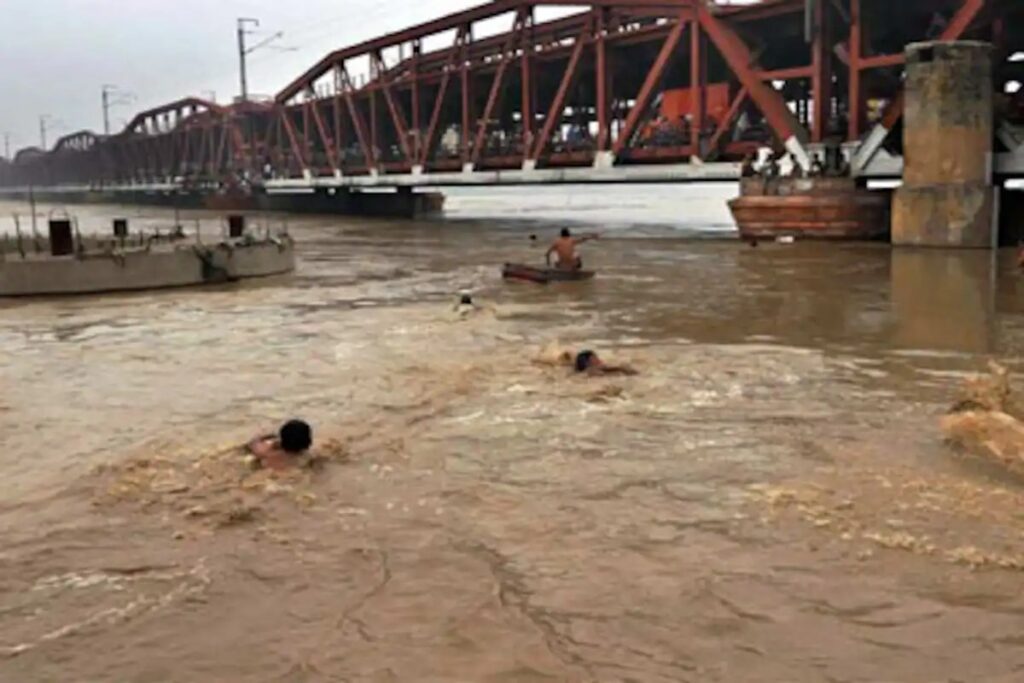 Prayagraj: As the water levels of both the Ganga and Yamuna Rivers crossed the danger mark in Prayagraj on Monday, the district administration has started the evacuation of families affected by floods.

The water level of the Ganga at Phaphamau was 85.08 metres on Monday morning, while at Chhatnag, it was 84.29 metres.

The water level in the Yamuna at Naini was recorded at 84.90 metres.

Because of the rising waters, the level at all the three points of the rivers (as recorded at 10 a.m.) increased to 85.13 metres at Phaphamau and 84.36 metres at Chhatnag.

Water level of Yamuna was recorded at 84.96 metres.

Officials said that the water level is increasing with the rate of 5 cm at Phaphamau, 7 cm at Chhatnag and 6 cm in Naini (Yamuna).

With the increase in the levels, flood water has entered some localities like Ganga Nagar, Nevada, Ashok Nagar, Beli gaon, parts of Rajapur, Salori, Bada and Chota Baghara, Badra and Sanauti, Daraganj, Nagvasuki and others.

Flood water has reached the Baradari on the banks of Yamuna at Baluaghat.

As several localities have been marooned by the floods, relief camps have been set up by the administration to provide facilities to the affected people.

Meanwhile, a state government spokesman said that administration and NDRF teams are helping the locals to shift to safer places as well as keeping a strict vigil on the flood level.