A week-long photo exhibition on the life of Mahatma Gandhi has been inaugurated in the European Parliament here.

Van Orden described Mahatma Gandhi as “the most influential figures in international history”.

“To remind the world of the Gandhian ideals of truth and non-violence, the Indian government under the leadership of Prime Minister Narendra Modi has launched a worldwide two-year celebration of Gandhiji’s l5Oth birth anniversary,” said Indian Ambassador to the EU, Gaitri Issar Kumar.

She said that the year 2018 has been an eventful year in the India-EU calendar.

“India and the EU have worked together… to make the world a better place. And what better occasion than an exhibition on Mahatma Gandhi to remind ourselves of the potential of our joint efforts,” Kumar said.

Christian Leffler, Deputy Secretary General of the European External Action Service — the external affairs arm of the European Union — praised Mahatma Gandhi’s leadership and said “he stands out as one of the giants among the leaders of mankind”.

The event witnessed a musical presentation by famous Belgian composer Hans Vermeersh who delighted the gathering with special Indian compositions. 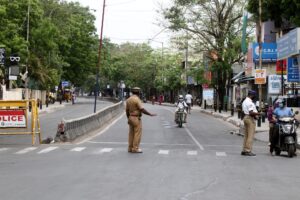