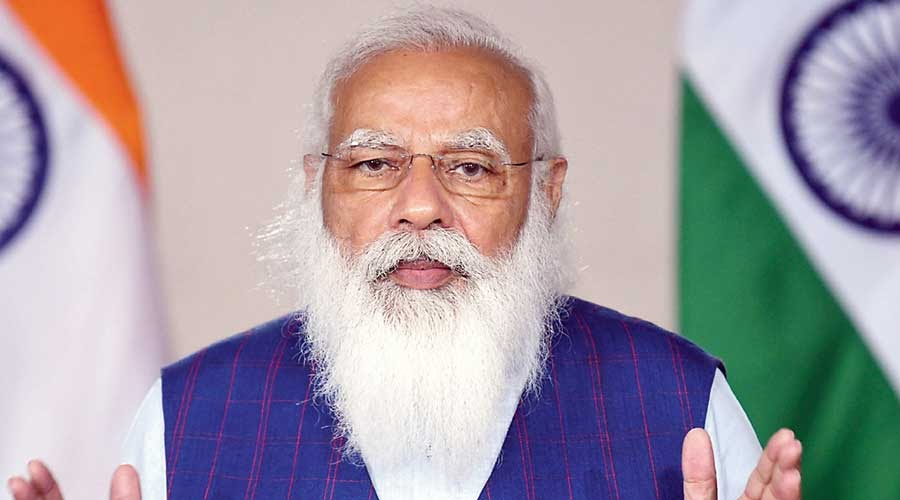 New Delhi: Announcing that India is focusing on production and usages of Ethanol for agriculture use, Prime Minister Narendra Modi on Saturday said a roadmap for development in this sector has begun as it has become one of the major priorities of 21st century India.

Addressing a programme on World Environment Day, the Prime Minister also declared “today, we have resolved to meet the target of 20 percent ethanol blending in petrol by 2025”.

Modi said India has taken another big step on this occasion today (Saturday) and a detailed roadmap for the development of the ethanol sector has just been released.

“The ambitious E-100 pilot project for the production and distribution of ethanol across the country has also been launched in Pune,” the Prime Minister said.

“Now ethanol has become one of the major priorities of 21st century India. The focus on ethanol is having a better impact on the environment as well as on the lives of farmers.”

The 21st century India will get energy only from the modern thinking and modern policies of 21st century, said Modi, adding “with this thinking, our government is continuously taking policy decisions in every field”.

On the virtual event, the Prime Minister also said that India is moving ahead with a big global vision whether it is the International Solar Alliance which fulfill the vision of One Sun, One World, One Grid, Or the coalition for Disaster Resilient Infrastructure initiative.

He also mentioned India’s awareness about the challenges that are being faced due to climate change, saying we are also “working actively” in this direction.

The Prime Minister said that our capacity for renewable energy has increased by more than 250 per cent in six-seven years and that “India currently has secured place in the top five countries of the world in terms of installed renewable energy capacity”.

“The capacity of solar energy has increased by about 15 times in the last six years.”

Today, the Modi said, India is setting an example in front of the world that when it comes to protecting the environment, it is not necessary to block development works while doing so.

“Economy and Ecology both can go together and move forward. This is the path India has chosen.”

“When every citizen of the country makes a united effort to maintain the balance of water, air and land, then only we will be able to give a safe environment to our coming generations.”