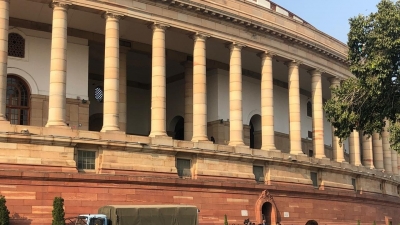 New Delhi, The seat fell vacant following the resignation of BJD MP Subhas Chandra Singh in April. The poll is being held for the rest of the period that is from April 24, 2022 to April 24, 2026.

According to the Commission, while the notification for this poll will be issued on May 26, last date of making nomination is June 2, scrutiny of nominations on June 3, last date withdrawal of candidature is June 6 and the poll will be held on June 13 between 9 a.m to 4 p.m.

Counting of the votes will be carried out the same evening from 5 p.m. onwards.

The poll panel also said that broad guidelines of Covid-19 issued by ECI has to be followed, wherever applicable, during the entire election process by all persons.

Odisha Chief Secretary has been directed to depute a senior officer from the state to ensure that the extent instructions regarding Covid-19 containment measures are complied with while making arrangements for conducting the said by-election.

On May 12, the EC has also announced the schedule of biennial polls for 57 seats from the 15 states and the counting of the votes will take place on June 10.

Among the 57 Rajya Sabha seats, the biennial poll will be held for three seats from Odisha.