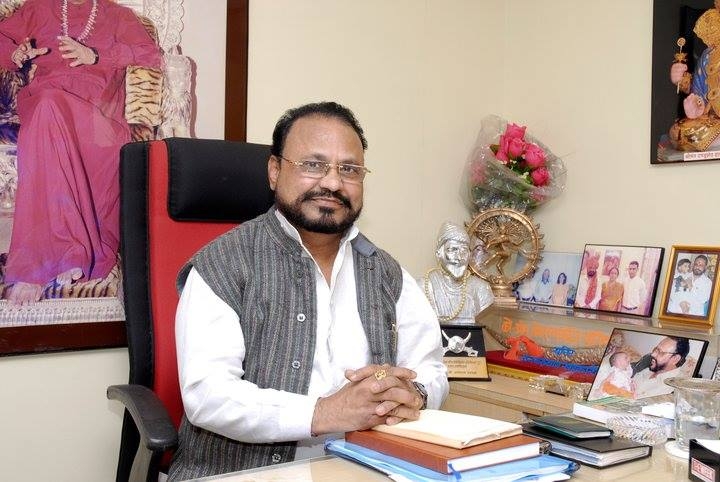 Mumbai : The Enforcement Directorate (ED) on Monday raided the home of five-time Shiv Sena MP and former Union Minister Anandrao V. Adsul and his son Abhijit A. Adsul in connection with a complaint of an alleged Rs 900 crore scam in the Mumbai-based City Cooperative Bank Ltd.

The former MP from Amravati and Buldhana Lok Sabha seats, Adsul is the Chairman, while Abhijit Adsul is a Director in the Mumbai-based bank.

The ED had summoned the duo for questioning on Monday following a complaint lodged by independent MLA from Badnera, Ravi Rana, the husband of ex-actress and independent MP from Amravati, Navnit Kaur-Rana.

In the complaint, Rana has accused the Adsuls of alleged misappropriation of the City Cooperative Bank Ltd’s depositors’ funds to the tune of Rs 900 crore – a charge stoutly denied by the father-son duo.

Incidentally, Adsul had questioned the election of Navnit Kaur-Rana on grounds that her caste certificate is fake, and the Bombay High Court struck it down and she has challenged the decision in the Supreme Court.

Reaching the Adsuls’ Kandivali residence, the ED team asked Adsul to accompany him to their office, but the 74-year leader complained of uneasiness and has been admitted to Lifeline Hospital nearby.

The Rana couple has been targetting Adsul with the allegations of the alleged frauds in the cooperative bank, and Ravi said that both “Anandrao Adsul and Abhijit Adsul must be arrested”.

Meanwhile, the ruling Maha Vikas Aghadi allies, the Shiv Sena-Nationalist Congress Party-Congress, have come to the defence of Adsul in the matter.

Shiv Sena spokesperson Arvind Sawant defended the Adsuls, terming it unnecessary “harassment” since the case is of 2014.

“This is yet another step to destabilise the state government as Adsul is a former Union MoS for finance and a prominent trade union leader in the banking industry,” said NCP national spokesperson and state Minority Affairs Minister Nawab Malik.

Congress leader and Revenue Minister Balasaheb said this is another move by the opposition to foment unnecessary troubles for the MVA government.

Terming the complaint as “motivated and managed” by Rana, Adsul – who was planning to travel to New Delhi on Monday – claimed that when the bank’s annual turnover is Rs 800 crore, how can there be a scam of Rs 900 crore as alleged by the MLA, and demanded a free and impartial probe into the matter.

In the past, the ED had raided the Adsuls’ homes and offices and had questioned them in the same case.