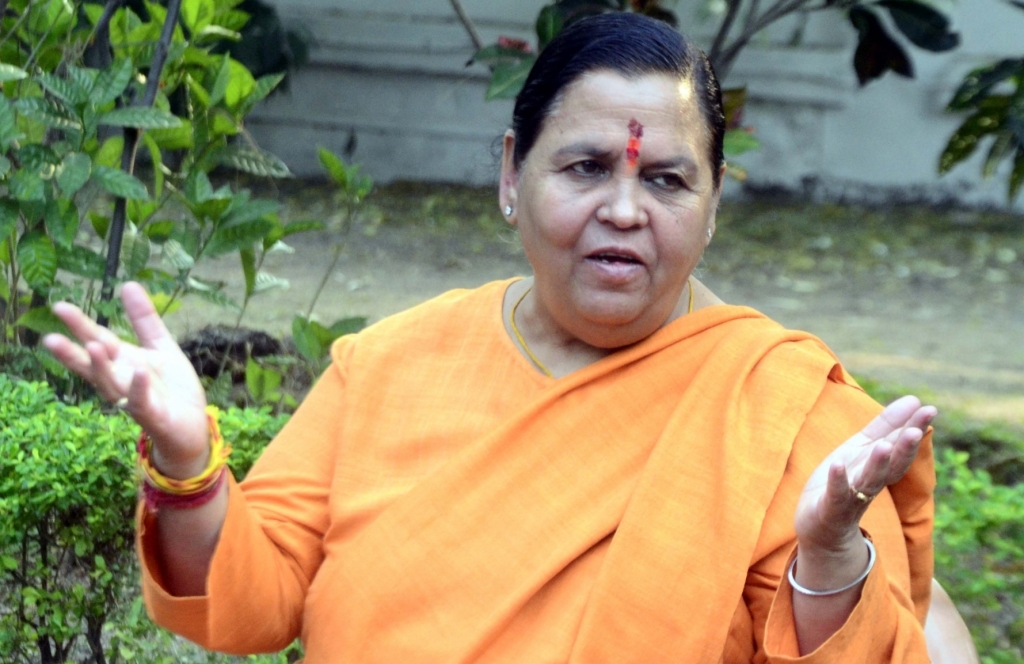 Bhopal : Veteran BJP leader and former Chief Minister of Madhya Pradesh, Uma Bharti, on Friday reminded her party leaders to not pin point the Presidential candidate for her cultural status as a tribal and maintain the sanctity of India’s highest Constitutional post.

Bharti’s remark came a day after the MP unit of BJP organised an event in Bhopal to celebrate the candidature of former Jharkhand Governor Draupadi Murmu for the Presidential election.

The state BJP unit led by Chief Minister Shivraj Singh Chouhan and the party’s state President V.D. Sharma celebrated the occasion with party cadres in all enthusiasm, reiterating that the BJP leadership has nominated a ‘tribal woman’ for the highest post in the country.

At the event held at the BJP headquarters here, a group of tribal artistes presented a dance performance.

Bharti also urged the media to refrain from relating the selection of the Presidential candidate with her cultural background.

“Media and our BJP people should keep in mind that Draupadi Murmu, the candidate selected for post of the President by the NDA, will be the Constitutional head of the country. Such a person does not come under the domination of castes (and cultural identities). Therefore, no opinion should be made with the desire to take political mileage out of it,” Bharti said.

Bharti’s remark indicates an attack on the MP BJP unit led by Chouhan and Sharma. Bharti has been taking on both leaders over the liquor issue for the past few months.

“What more is required to become the President of India? Her own merit is the basis of her selection. She is the triple-power of today’s contemporary, economic and political system,” she said, referring to Murmu being a woman, a person of political stature, and a deserving candidate.

Murmu, who belongs to the Santhal tribe of Odisa, filed her nomination on Friday in the presence of Prime Minister Modi, Union ministers Amit Shah and Rajnath Singh and BJP President J.P. Nadda.