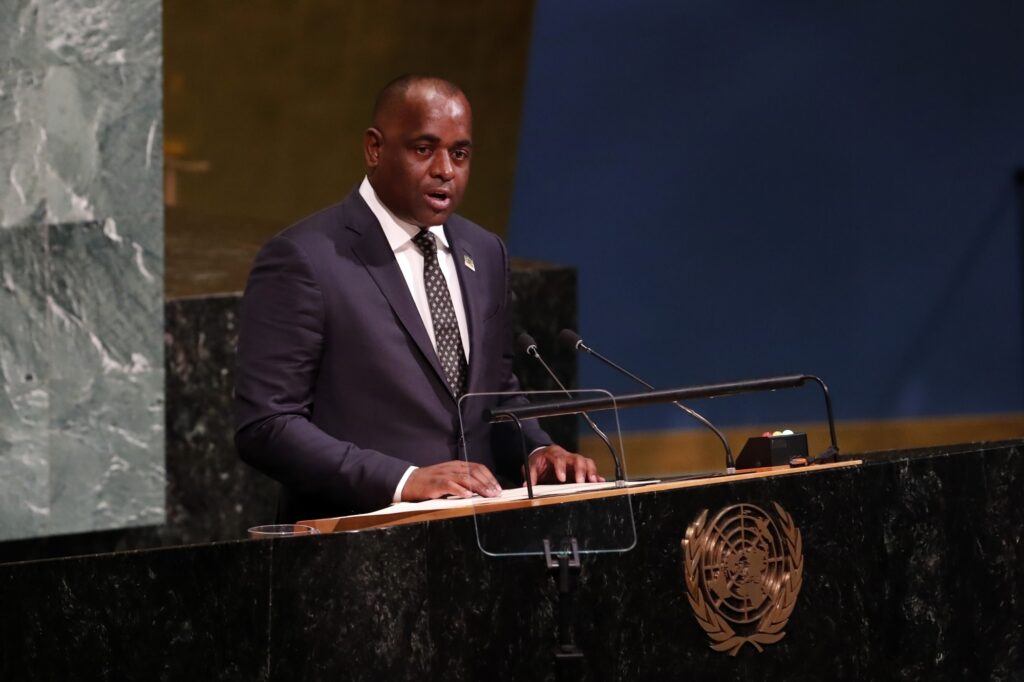 New Delhi: Dominica Prime Minister Roosevelt Skerrit has said that his government’s hands are clean with regard to the ‘mysterious’ arrival of fugitive Indian businessman Mehul Choksi, who is wanted in the Rs 13,500 crore Punjab National Bank (PNB) fraud case, to the Caribbean island nation, local media reported.

According to Dominica News Online, Skerrit has labelled the claims of hatching a plot with the governments of Antigua and India as “total nonsense”.

“To say that the government of Dominica and the government of Antigua along with India colluded in any way, give me a break, that’s total nonsense. We don’t get ourselves involved in those kinds of activities, those practices, not at all. I mean, that is absurd and we reject it and it is unfortunate that anybody would want to propagate this unsubstantiated claim by a gentleman who is before the courts,” he contended.

Skerrit further vowed that his government will evenly apply the law irrespective of who is accused of committing crime.

He said that such was the case with the Iranian born, Dominican citizenship holder and diplomat, Alireza Zibahalat Monfared, who was wanted by the Iranian government for allegedly embezzling billions of dollars while the country evaded international oil sanctions.

Monfared was arrested in the Dominican Republic in 2017 following a lengthy international manhunt.

“You saw all this talk about Monfared. Had he stayed in Dominica at the time that the Iranian government had asked for him, we would have apprehended him,” Skerrit stated, adding “There was a discussion and a decision to apprehend him so that the Iranian authorities could present to us the charges. Mr Monfared was a Dominican citizen but we hold a brief to the international law, our responsibilities and our obligations.”

Earlier, opposition leader from the United Workers Party (UWP), Lennox Linton, had alleged that the Dominican government was involved in a cover-up on behalf of the Iranian national and ex-Dominican diplomat, who was arrested on allegations of being involved in his country’s biggest-ever corruption scandal.

After the news of Monfared’s arrest broke, the Ministry of Foreign Affairs had released a statement on his status, saying that he became a citizen of Dominica, and eventually a diplomat, following a comprehensive due diligence investigation.

Skerrit went on to urge his political opponents, mainly the UWP supporters and its leader, to not be selective in matters they support, especially when it’s of a similar nature.

“I’m hearing Dominicans, especially the opposition, talking about Mr Choksi. There’s a young boy from Grand Bay facing extradition to the US, but we heard nothing from the opposition in that matter. So we cannot want to be treating different people differently depending on who they are or how much money they may have. All of us are subject to the law, irrespective of our position or how much money we have or we don’t have,” Skerrit argued.

The Prime Minister said that his government will allow the court to carry out its process with regard to Choksi and gave the assurance that his rights and obligations will be respected by Dominica.

Skerrit also expressed support for the government of Antigua in its move to revoke Choksi’s citizenship.

Choksi, who is wanted in India by the Central Bureau of Investigation (CBI) and the Enforcement Directorate (ED), had gone missing from Antigua on May 23, sparking a massive manhunt. He was later captured in Dominica.

His lawyers have contended that he was abducted forcibly, and was subjected to physical torture. Choksi is facing charges of entering Dominica illegally.

On June 25, during the hearing at the Magistrate’s Court, Choksi was denied a ‘doctor of his choice’ as was requested by his legal team in Dominica.

Choksi had acquired Antiguan citizenship in 2017 through the investment programme. He had left India on January 4, 2018, days before the CBI registered a case into the PNB fraud case. He along with his nephew Nirav Modi is wanted in the case.