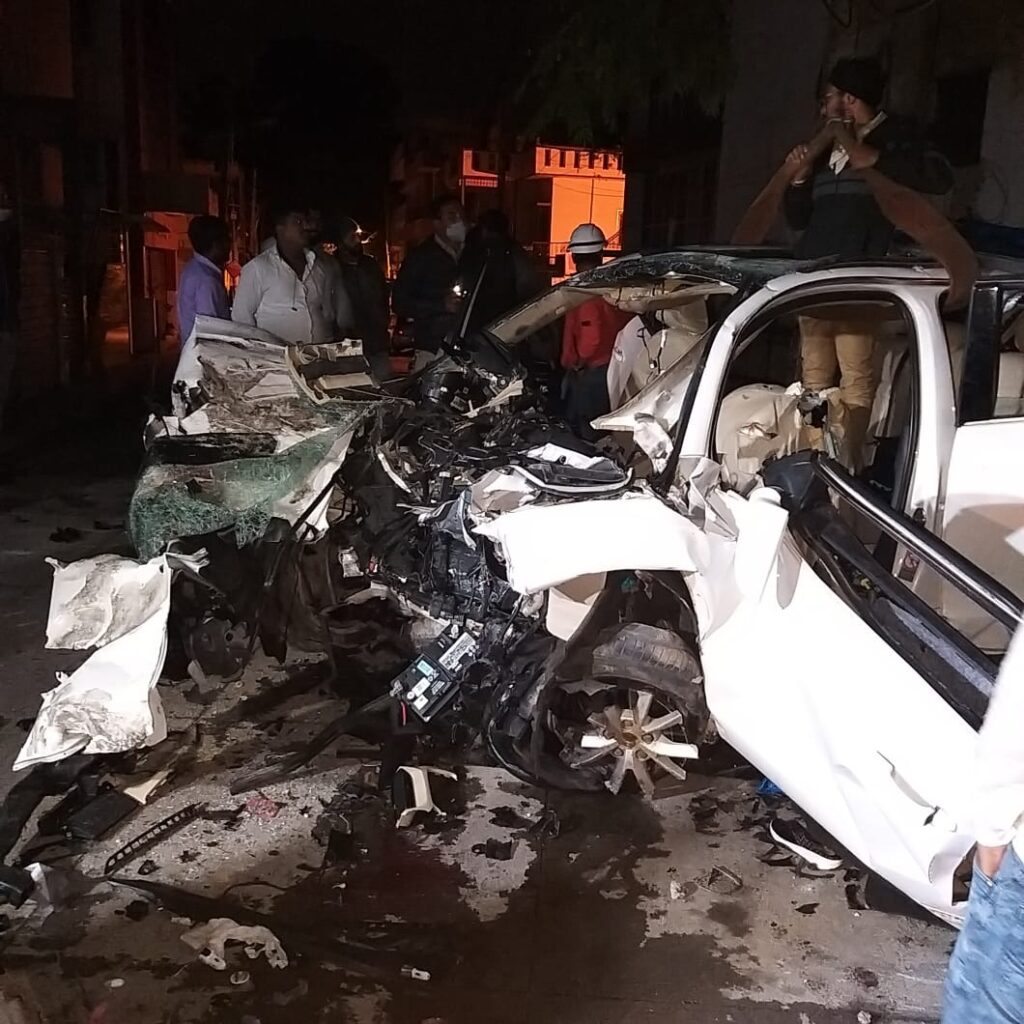 Bengaluru : Seven persons were killed including three women and a son of DMK MLA from Hosur in Tamil Nadu after a speeding luxury Audi Q3 car rammed into a pole on the footpath and dashed against the wall of a nearby building in the wee hours of Tuesday in Bengaluru, Karnataka.

Preliminary investigations suggested Dr Bindu as the daughter in law of DMK MLA Prakash. However, it was clarified that his son was unmarried.

The impact of the accident was such that 6 of them have died on the spot and one succumbed on the way to hospital. The airbags of the luxury vehicles did not open, leading to the death of all the travelers in the vehicle, the Audugodi traffic police said.

The eye witnesses recalled the incident, that they heard an explosion like sound. Soon, the public gathered and called an ambulance and the police. Four of them were not breathing and it took nearly 20 minutes to drag the body out of the vehicle.

All the deceased are aged between 20 to 30 years. Three of them sat in front and four sat in the back seats. None of them wore seat belts as per the preliminary investigations. All dead bodies are kept at the mortuary of Saint John’s hospital.

According to police officials, Akshay Goyal is from Kerala and Utsav hailed from Haryana. Rohith was from Hubballi and few of the victims were staying at a PG hostel.

Audi Q3 vehicle involved in the accident is completely damaged and crushed. The interior of the car is smeared with blood stains and two rear wheels on the left side are smashed.

According to police, Karuna Sagar came to Bengaluru for purchase of medicines at 5.30 p.m. on Monday. He also carried out business in Bengaluru. The family had called him for dinner at 9.30 pm. He informed his family that he will not come for dinner and went ahead with his friends.

Additional Commissioner for Traffic Dr Ravikanthe Gowda visited the spot and said, “The accident has taken place due to negligent and rash driving. An investigation will be conducted by a team headed by Assistant Commissioner of Police (ACP),” he said.

It is yet to be ascertained whether the driver was in an inebriated state. The driver had lost control of the speeding car, which had rammed into the electric pole on the footpath and later dashed into the wall of Punjab National Bank building.

The vehicle involved in the accident is registered in the name of Sanjeevini Blue Metal Company. The investigation is on.