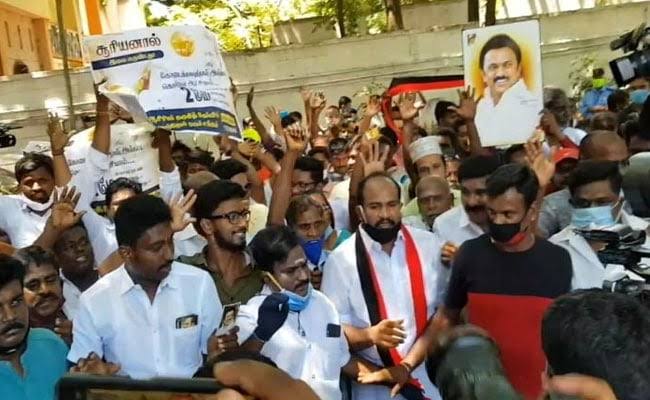 Chennai: With the DMK-led alliance in the lead in a majority of Tamil Nadu’s 234 Assembly constituencies, party cadres have started to assemble at the party headquarters here.

The party cadres are visibly happy as DMK is expected to maintain the lead and finally win the poll to capture power in the state after a gap of 10 years.

According to Election Commission data, the DMK is leading in 117 seats, while of its allies, Congress leads in 13 seats, the CPI, the CPI-M and the VCK in two seats each, taking the tally to 136 seats, as against the halfway mark of 118 seats.

On the other hand, the AIADMK-led alliance is leading in 89 seats, as per Election Commission data.

DMK President M.K. Stalin and his son Udhayanidhi Stalin are comfortably leading in their Kolathur and Chepauk-Thiruvallikeni seats, respectively.