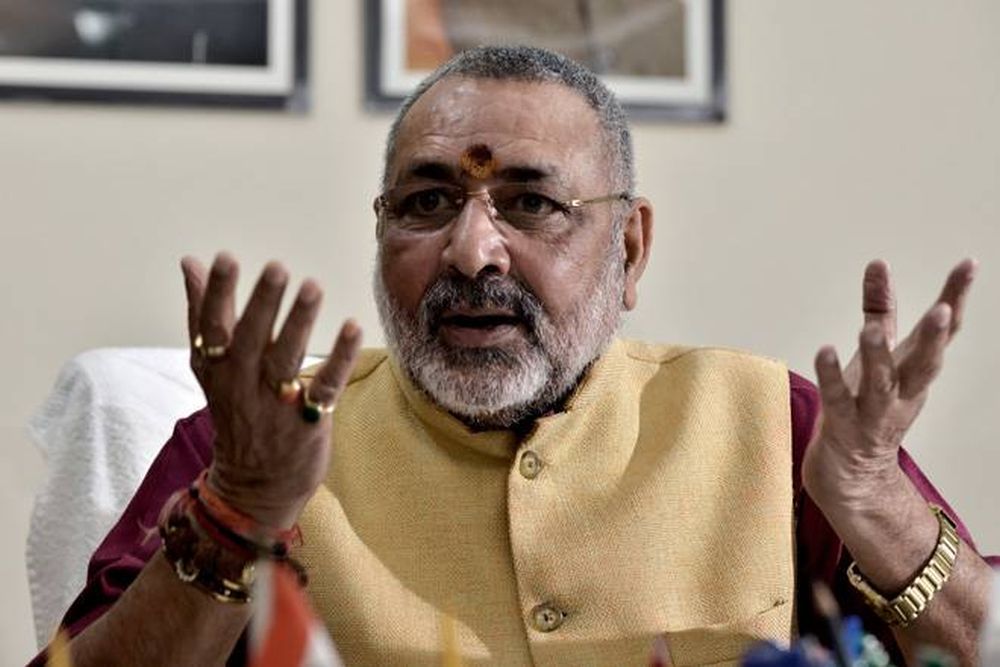 New Delhi : Union Minister Giriraj Singh has advocated for enacting stringent population control laws. He said that voting rights should be taken away from those found violating the laws.

that these laws should be made equally applicable to all, including people belonging to Hinduism, Islam, Christianity and Sikhism and violators should be deprived of the government facilities.

He further alleged that some people had been trying to endanger India’s democracy under a well thought strategy, and added that the Uniform Civil Code should be implemented in the country to save democracy.

While mentioning Pakistan and Bangladesh, Singh claimed that democracy came to an end in countries where the population of the majority class decreased.

Referring to Kashmir, Kerala, Purvanchal in Bengal and Bihar, the Union Minister said that a rift can be found in social harmony in these areas.

Singh stressed that strict laws for population control are necessary to safeguard democracy, maintain social harmony and development in the country.