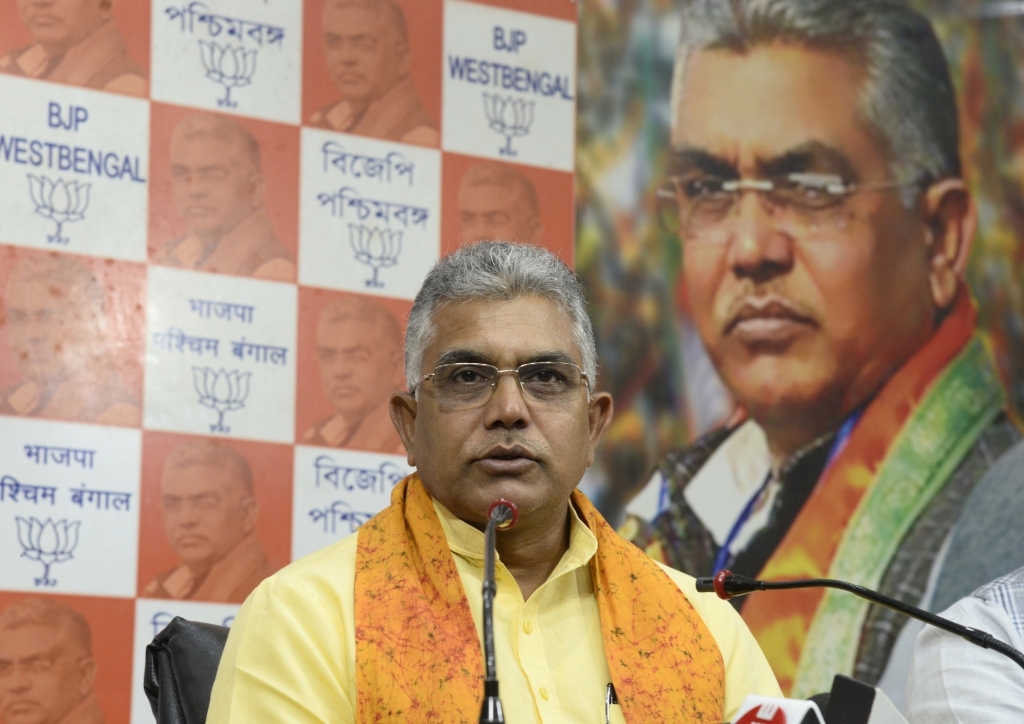 Kolkata : After Trinamool Congress decided not to attend the meeting of the opposition parties called by Mallikarjun Kharge of the Congress before the winter session of the Parliament, Dilip Ghosh’s comment on West Bengal Chief Minister Mamata Banerjee triggered a controversy.

Ghosh said, “Mamata Banerjee is trying to become the leader. The days of Sonia Gandhi are over”.

He went on to say, “Let them decide who will stay with whom. BJP has no interest in this. This is a drama by the opposition”.

“Who will call the meeting — Congress or Trinamool Congress? Which is the main party – the session will be over before they come to any decision,” Ghosh added.

Ghosh’s comment met with serious criticism both from the Congress and Trinamool Congress. Senior MP Sougata Roy said, “We had an important meeting in Kolkata and so we had to come back. We will have to stay there. It is insignificant to make any comment on the observation of Dilip Ghosh. Let them think over their defeat in the assembly elections without spending time on unnecessary things”.

Congress leader Pradip Bhattacharya said, “The problem with these people is that they don’t know the history of Indian parliamentary politics. When BJP was in the opposition they also called for the meeting of the opposition. Now Congress has called it. This is parliamentary protocol. He is trying to deny that”.

Meanwhile Congress leader in the Lok Sabha, Adhir Ranjan Chowdhury without naming Trinamool Congress said, “There are some opposition parties who pose to be opposition but in reality, they are with the ruling party. Whenever there is a clash with the government they back out. Congress never behaves in this way”.