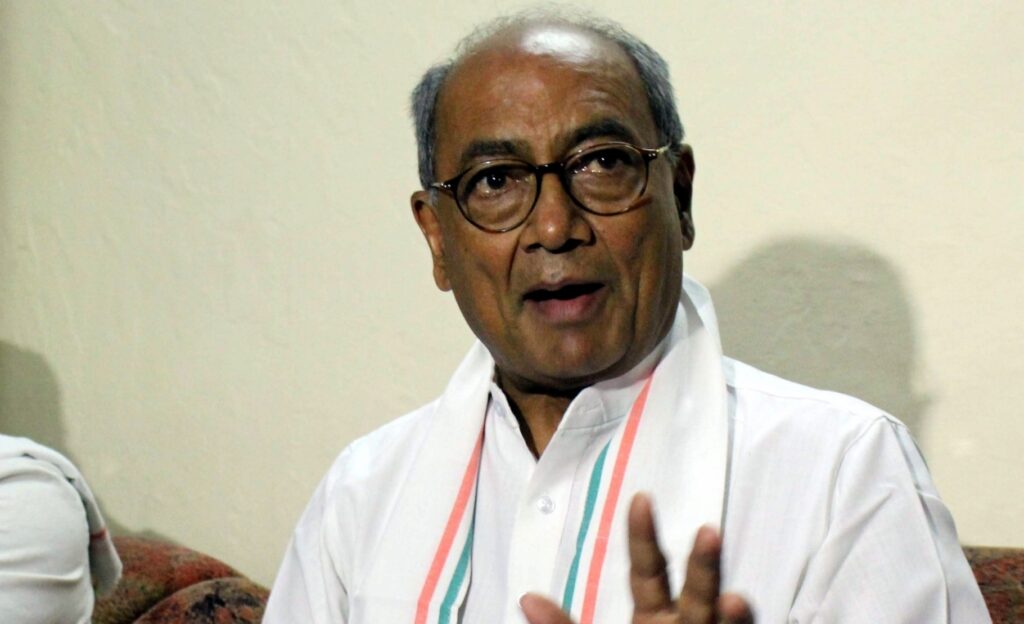 Bhopal : A political tug-of-war between former Madhya Pradesh chief minister Digvijaya Singh and BJP MLA Rameshwar Sharma escalated on Wednesday after a delegation led by the veteran Congress leader, holding posters with slogans ‘mai gandhiwadi hun’ (I am a follower of Gandhism), marched from Mahatma Gandhi’s statue at Minto Hall in Bhopal to Sharma’s residence in Hujur area in the state capital.

MLA Rameshwar Sharma on Tuesday in a viral video had threatened to smash the knees of Congressmen if they enter his area. After this, Digvijaya Singh announced to perform Ramdhun at Rameshwar Sharma’s residence on Wednesday (Nov 24).

Sharma said that “I will leave no stone unturned to welcome the guests and will apologise to them (Congress leaders) if I am short of anything.”

However, after Singh left the venue, Sharma said “We were ready to welcome him (Digvijaya Singh) but he left for some other place.”