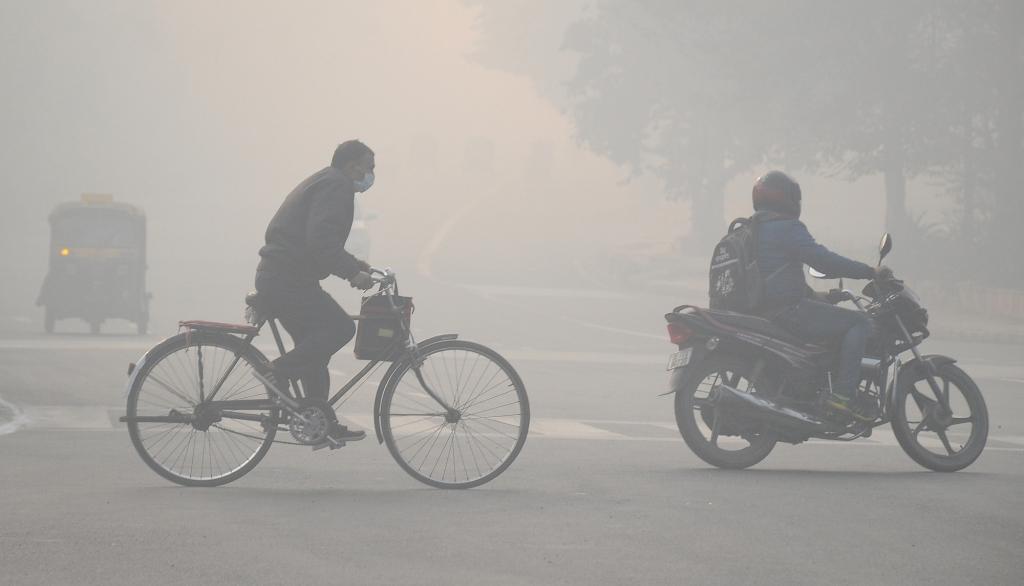 New Delhi : As pollution levels in Delhi remained in the ‘severe’ category for the sixth day in a row, the India Meteorological Department (IMD) has predicted a cloudy sky with light rain in the national capital on Sunday.

According to the IMD forecast, from December 26 to 28, there may be cloudy sky with light rain.

The Department said that the maximum temperature in the capital on Sunday is expected to be around 22 degrees Celsius, while the minimum will be 8 degrees.

The System of Air Quality and Weather Forecasting and Research (SAFAR) stated that the capital city recorded an average air quality index of 430 on Sunday morning, which falls in the ‘severe’ category.

The 24-hour average Air Quality Index (AQI) in Delhi remained in the ‘severe’ category for the sixth consecutive day.

The Energy and Resources Institute (TERI) in its latest report said that despite the growth in contributing sectors, PM2.5 emissions for Delhi have decreased by 22 per cent in 2019 as compared to 2016 due to the closure of the Badarpur station; introduction of Euro-IV standards across India; a ban on 10-year-old diesel vehicles; construction of eastern and western peripheral highways; and a shift of industries to CNG.

Earlier, the Supreme Court had directed the Central Pollution Control Board to invite suggestions from the public and field experts, as part of its efforts to permanently solve the region’s annual winter air hazard recurrence.