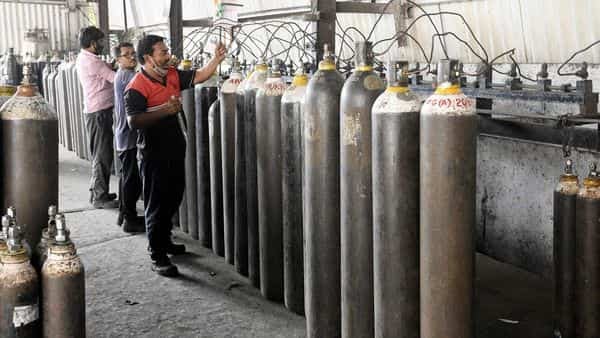 New Delhi: To prepare the health system for a possible third wave of the Covid-19 pandemic, Delhi, which faced an acute shortage of medical oxygen to cater to the huge number of daily patients during the second wave, has started as many as 27 oxygen plants so far.

“During the second wave of the Covid-19 pandemic, which actually for Delhi was the fourth wave, the city faced difficulties in getting oxygen supply. Delhi is not an industrial state and it has no oxygen production units. We had to be dependent on other states. Delhi does not even have oxygen supplying tankers. We have learned from our mistakes in the last wave and have decided to prepare for a third wave at every step,” said Delhi Chief Minister Arvind Kejriwal on Saturday.

The Chief Minister informed that three oxygen storage facilities with a capacity of 57 metric tonnes each were set up two days back. “Delhi does not have an oxygen storage system and we do not want to take Delhi to the same situation again, if a third wave comes. The Delhi government is preparing for a third wave in full swing.”