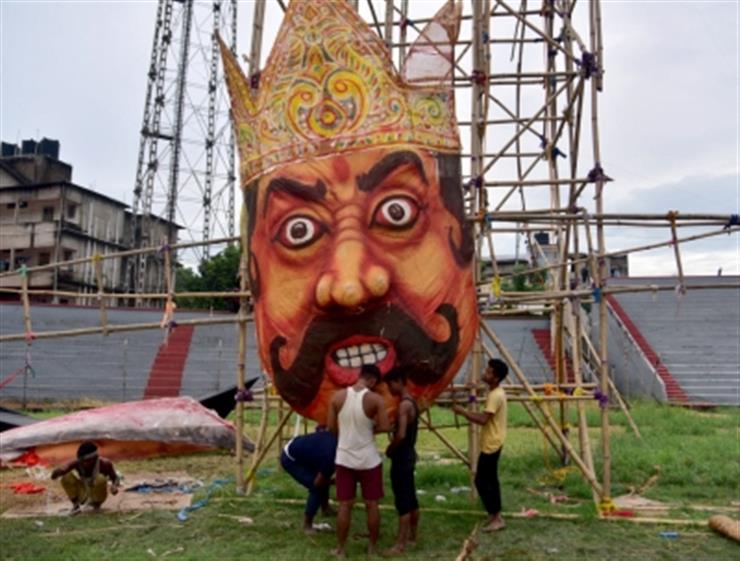 Kalaburagi, (Karnataka) : There was high vigil in Karnataka’s Kalaburgi district on Dussehra day on Wednesday following the Dalit Sena’s announcement that if the effigy of Ravan is burnt, the effigy of Lord Ram would also be set on fire.

Police said that Hindu groups have organised burning of a 50-foot tall Ravan effigy in the premises of the Appa Jatra Grounds in Kalaburagi.

Dalit organisations have objected to it and claimed that the programme is being held without permission from the authorities. They have further warned that they will burn the effigy of Ram, if Hindu activists burn Ravan’s effigy.

In light of the stiff resistance, the Hindu organisations have dropped the programme burning of the effigy of Ravan and will celebrate other rituals.