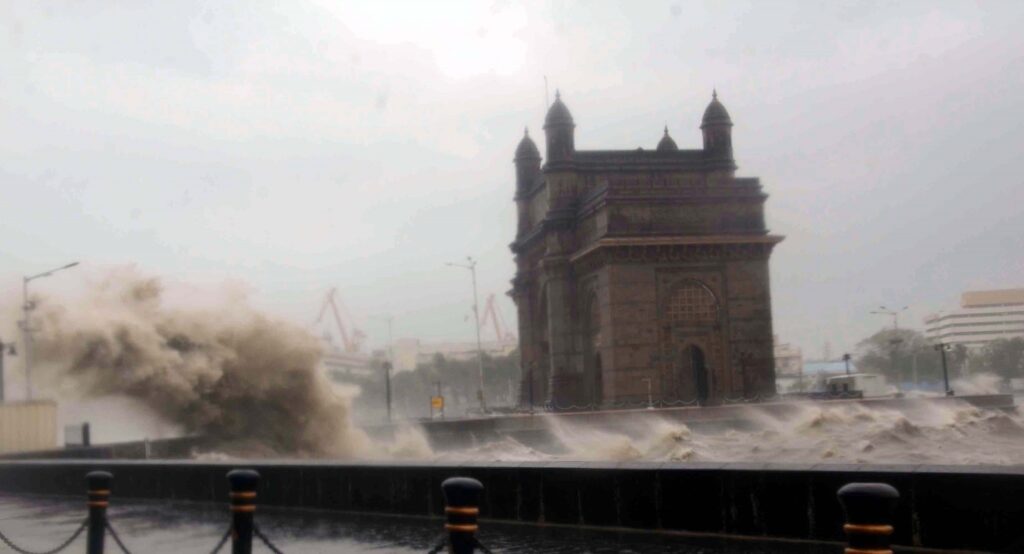 Mumbai,  The Indian Navy (IN) has managed to rescue at least 146 of the 273 personnel of the Oil & Natural Gas Corporation Ltd (ONGC) from the drifting Barge P-305 near the Bombay High Fields, and augmented its efforts by dispatching a helicopter, officials said here on Tuesday.

The first lot of 60 personnel was rescued around 11 p.m. on Monday jointly by INS Kochi and OSV Energy Star in extremely challenging conditions in the Arabian Sea, around 175 kms off Mumbai, which fell directly in the path of the Cyclone Tauktae which made a landfall in Gujarat late Monday night.

During the harrowing night with Cyclone Tauktae passing overhead, INS Kolkata, Great Ship Ahalya, OSV Ocean Energy, joined the rescue mission to save a total of 146 people till dawn on Tuesday, said an official.

The Indian Navy also launched a helicopter mission on Tuesday morning from INS Shikra for the massive rescue efforts in the Bombay High Fields, which is spread across over 100 sq kms in the Arabian Sea.

As the raging Cyclone whirled towards south Gujarat coast, carrying heavy rains and windspeeds of over 200 km/hr, the Barge P-305 with 273 on board sent an SOS on Monday from the Heera Oilfields where it was drifting in the choppy waters.

In another SOS, a drifting Barge Gal Constructor with 137 people around 15 kms off Mumbai, has now run aground around 89 kms north from Colaba Point.

The Indian Coast Guard has sent a ship, ICGS Samrat, an emergency towing vessel ‘Water Lily’, and two support vessels, to help evacuate the people on board as the weather remains extremely stormy.

The Barge, which had suffered engine troubles on Monday, continued to drift northwards in the extreme sea conditions.

The ICGS’ efforts shall be augmented with Indian Navy aircraft and helicopters joining the rescue mission this morning despite strong winds, incessant rains, low visibility and high waves in the sea.