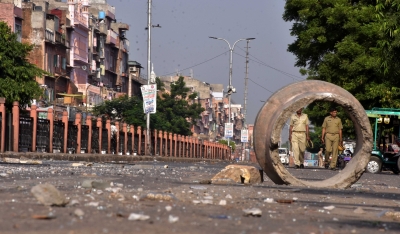 Jaipur, The curfew imposed in Jodhpur Commissionerate area on May 3 has been extended till May 6…Raikabagh Palace Bus Stand and Raikabagh Railway Station have been excluded from the curfew.

The Rajasthan government on Thursday extended the curfew imposed in ten police stations of Jodhpur, where violence broke out between two communities on Monday night, till May 6 midnight.

Meanwhile, the situation is under control with no untoward incident being reported on Wednesday. However, the curfew has been extended as a precautionary measure, said Director General of Police M.L. Lather.

Curfew rules are duly followed across the city. However, students who need to take exams, are being allowed, he added.

Meanwhile, the Commissionerate Court remained open till midnight on Wednesday and granted bail to 60 people.

A meeting of two communities was called on Wednesday during which both the communities agreed to maintain peace.

In the meeting, BJP MLA Suryakanta Vyas demanded release of innocent people and arrest of the accused. She boycotted the meeting and warned of ‘dharna’ and fasting.

However, after the administration assured to release innocent people, the BJP cancelled the ‘dharna’ and fasting programme which was to start from Thursday.

Notably, as many as 141 persons were arrested by the police over the communal violence which broke out on Monday midnight, officials said. 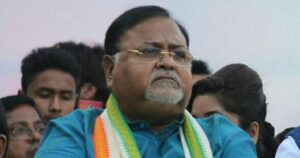