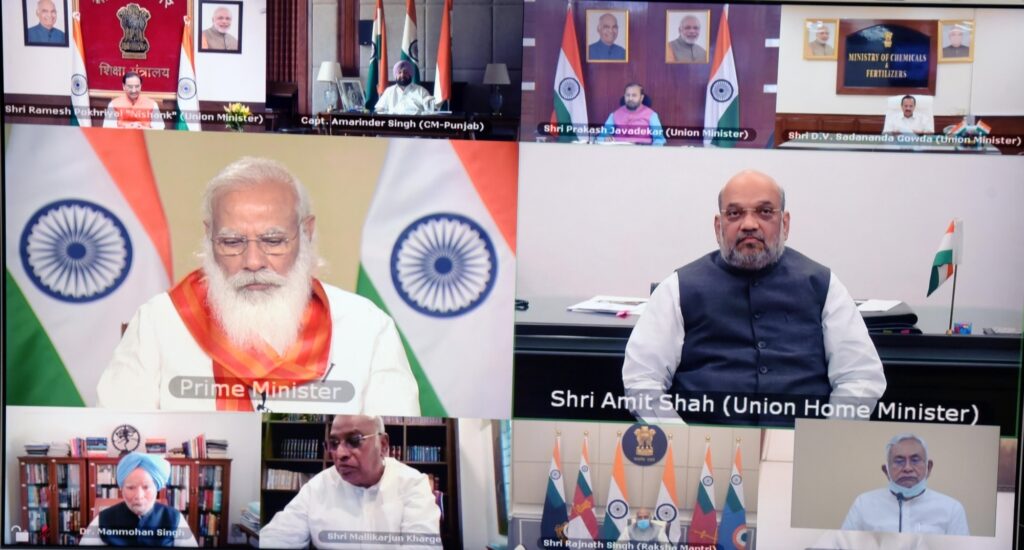 New Delhi,  Considering the alarming daily spike in Covid cases and reports of highest single-day surge of 2,34,692 new cases in the last 24 hours, Prime Minister Narendra Modi will hold a review meeting related to the pandemic at 8 p.m. on Saturday.

The Prime Minister will discuss the deadly second wave of the coronavirus pandemic and the national vaccination drive. This will be the Prime Minister’s second Covid-related meet in two days, and third since last week.

The Prime Minister held a similar meet on Friday of several ministries and was briefed on the government’s efforts to meet rising demand for medical oxygen to treat critically ill Covid-19 patients.

The Prime Minister also held a video conference with Chief Ministers of some of the worst-affected states.

The surge in cases has left the country’s already-battered health care infrastructure on the verge of collapse, with hospitals overflowing, doctors disillusioned and fatigued, and critical medical equipment – like ventilators and oxygen cylinders in perilously short supply.

Oxygen is desperately needed at hospitals and Covid-19 facilities to help people with advanced Covid-19 symptoms, who are often unable to breathe on their own and could die if not aided.

These states have also raised shortage of beds that has forced patients to share those available in hospitals. Ambulance services are also badly affected in many states as thousands who have either tested positive for Covid-19 or are suspected of carrying the virus, being rushed to hospitals.

Ten states of the country on Saturday accounted for 85.83 per cent of the new deaths in which Maharashtra, Delhi and Chhattisgarh reported more than half of the total number registered in the last 24 hours.

A total of 1,341 deaths were reported in the last 24 hours, Union Ministry of Health and Family Welfare (MoHFW) said on Saturday.