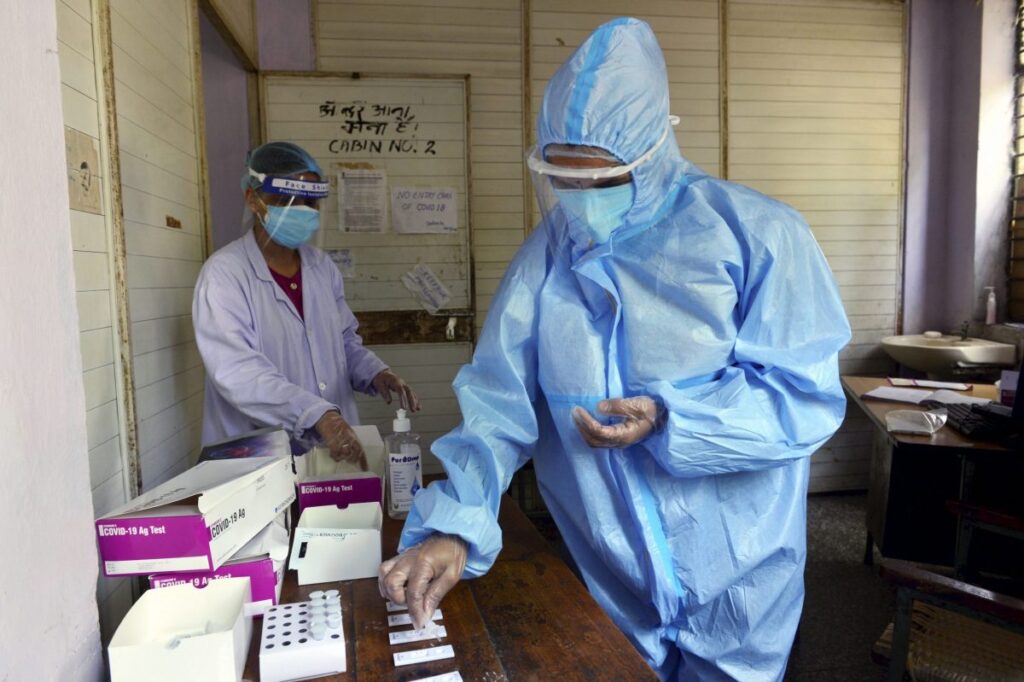 New Delhi: With an exponential resurgence in Coronavirus cases over the last few weeks, many private laboratories taking Covid-19 samples are overburdened and have stopped collecting new samples.

Many private labs IANS spoke to said they have stopped receiving Covid-19 samples until the existing samples have been cleared.

A total of 1,02,460 new Covid-19 sample were tested in the last 24 hours in Delhi while the cumulative samples so far tested are 15,753,100, according to a Delhi Government health bulletin.

An official spokesperson of Max hospital, Patparganj, said till a few days ago, around 150-200 samples used to be tested but as of now around 300-350 samples are being tested every day.

“The number of sample tests has increased in the past few days but we have not stopped the process. Our lab staff is working day and night so that test results can be given,” said the spokesperson.

Dr Lal PathLab, one of the largest laboratories, with several branches across Delhi-NCR has in fact stopped collecting new Covid-19 test samples. A person associated with one of its branches in Masoodpur in South Delhi said on condition of anonymity that new samples are not being collected. “We have stopped new sample testing since March 8 due to a glut of samples,” he said .

If one dials the Lal Pathlabs helpline number and proceeds for further enquiry, the helpline number disconnects and a voice says: A message has been sent to your mobile number.”

After getting no response despite several calls, when IANS asked as to why the helpline isn’t functioning, an employee associated with Dr Lalpath Lab at Nirman Vihar in East Delhi, requesting not to named, said: “We are not testing new samples and this the reason the helpline number isn’t working.”

Not just private laboratories, but government-run hospitals which have their own labs for Covid sample testing too are feeling the burden.

Dr B.L. Sherwal, director, Rajiv Gandhi Rajiv Gandhi Super Speciality Hospital, said that RT-PCR testing takes around 5 to 6 hours to test the sample. “Our staff is working extremely hard, but still they are overloaded because the number of samples keeps increasing day by day. Earlier, we were testing around 200-250 tests every day and for the last few days we are testing around 400-450 samples every day,” added Dr Sherwal.