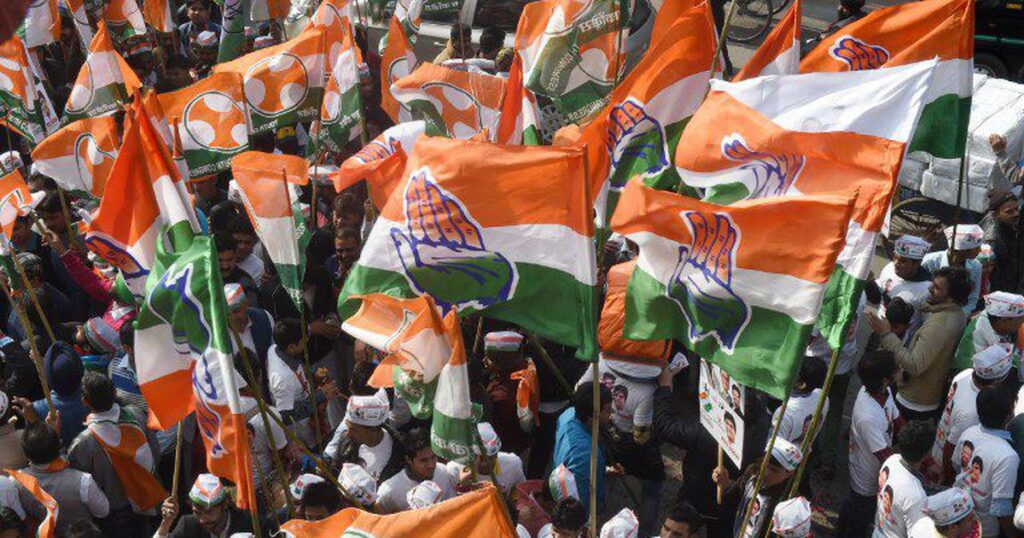 Udaipur : The Congress on Sunday adopted the Udaipur Declaration on the final day of its three-day ‘Chintan Shivir’ here, in which it has demanded that caste census report should be made public, pressed for an MSP guarantee act and that the party will reserve 50 per cent posts for people below 50, among others.

Reading the statement in Udaipur, party General Secretary Ajay Maken said that this resolution was adopted by the Congress Working Committee, the party’s highest-decision making body on Sunday, and the party will move forward from here to take on BJP.

In the political resolution, the party said that it will incorporate all sections of the society in the party and will fight over the attack on core values of the constitution. The resolution also mentioned the Chinese incursion in Indian territory.

As part of organisational restructuring, the party will set up a public insight group, and election management committee, and a political affairs committee in the states and one session each of the AICC and the PCC will be held per year.

The party has also approved ‘one family one ticket’ decision but the higher age group cap could not find any mention in the final resolution.

The Congress said that it has not compromised on core ideology issue as has been suggested by some leaders and will take the BJP head on through economic and social issues.

Congress President Sonia Gandhi on Sunday announced that the party will embark on a “Bharat Jodo” padyatra from October 2, the birth anniversary of Mahatma Gandhi, and will also set a task force for internal reforms within a week.

An advisory body to advise the Congress President in day-to-day functioning will also be constituted, she said in her concluding remarks at the ‘Chintan Shivir’ (brainstorming camp) in the Rajasthan city.

“A compact Task Force will be set up to drive the process of internal reforms that are essential and that has been discussed in different groups here at Udaipur. These reforms with focus on the 2024 Lok Sabha polls will cover all aspects of the organisation including structure, rules for appointments to party posts, communications and publicity, outreach, finances and election management.